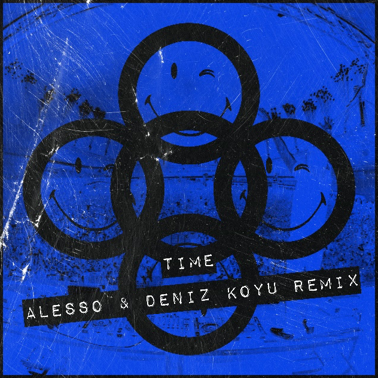 Grammy-nominated DJ and producer Alesso has joined forces with Deniz Koyu to release a brand new remix of ‘Time’ – the lead single from his recent mixtape, ‘Alesso Mixtape – Progresso Volume 1’, which has already become a firm fan favourite.

The new remix follows the release of videos, produced by Shots Studios, for the mixtape tracks ‘Time’ and ‘Progresso’, with a third visual for ‘Confession’ still to come.

The three-song mixtape – the first in an ongoing series of special track collections released via 10:22pm in association with Shots Studios/Virgin EMI for UK which is available now – finds the influential artist returning to a more club-inspired sound.

Alesso says: “This project, for me, is about going back to my roots and making house records. I wanted to represent the culture of dance music through this mixtape. Each song is powerful and unique. It’s about telling a story of the past and the future of the genre through the music.”

Alesso, one of the world’s most influential DJs and producers who has over three billion streams to his name, will play UK live shows this summer giving fans the chance to hear the new music live. Following his epic set at Ultra Music Festival in Miami, which is available on YouTube and has already amassed more than a million views, the global music star will play shows in London, Liverpool and Glasgow between 20th-22nd June bringing his must-see live experience, with world-renowned electronic music and visuals, to British fans.

With over 2.5 million single sales in Britain alone and four UK Top 10 singles, Alesso has produced many smash hit tracks and remixes including latest single ‘REMEDY’, the Number 1 hit ‘Under Control’ with Calvin Harris and Hurts, and 2014’s ‘Heroes (We Could Be)’ featuring Tove Lo.

Alesso’s debut album ‘Forever’ was released in 2015 which was certified 4x Platinum in his home country of Sweden. With his globally renowned music and visuals, Alesso creates a live experience that has made him one of dance music’s most celebrated performers.