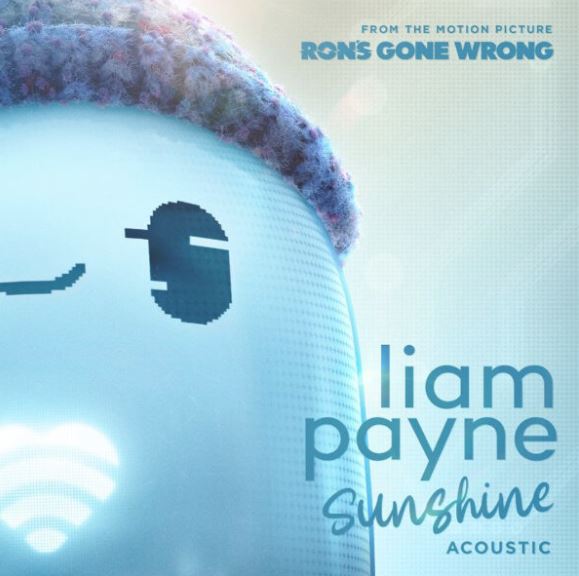 OUT NOW ON CAPITOL RECORDS

LISTEN TO THE ACOUSTIC VERSION HERE

Liam Payne has today (Friday 22nd October) released an acoustic version of his new single ‘Sunshine’. The stripped back track is available now on Capitol Records. Listen to it here.

‘Sunshine’ has also been remixed by Billen Ted – also out now on Capitol Records. The British producing and songwriting duo’s rework features ‘90s-inspired piano and dancefloor perfect synths to complement Liam’s joyful vocal from the original song. Listen to the remix here.

In a world first, Liam recently released an immersive AR lyric video for ‘Sunshine’ in partnership with POWSTER and UMG. Using the newest innovation in Web AR, viewers can experience the song in a brand new way by being immersed in the lyrics as they appear all around them. Watch the video here.

‘Sunshine’, which has currently been streamed 15 million times, appears on the soundtrack to the animated film from 20th Century Studios and Locksmith Animation, ‘Ron’s Gone Wrong’, which is out now in UK cinemas. Watch the official ‘Sunshine’ video here.

‘Ron’s Gone Wrong’ is the story of schoolboy Barney and Ron, his new walking, talking, digitally-connected device, which is supposed to be his “Best Friend out of the Box”. Ron’s malfunctions set against the backdrop of the social media age, launch them into a journey in which boy and robot come to terms with the wonderful messiness of true friendship. ‘Ron’s Gone Wrong’ features the voices of Zach Galifianakis, Jack Dylan Grazer, Olivia Colman and Rob Delaney. Liam also provides voices for several characters. Watch the trailer for the film here.

Platinum-selling Liam has sold more than 23 million singles and over three million albums as a solo artist since One Direction. He released his debut solo album, ‘LP1’, in December 2019 on Capitol Records which included the smash hit singles ‘Strip That Down’, ‘Polaroid’ and ‘Familiar’. He has been streamed a total of 5.1 billion times.