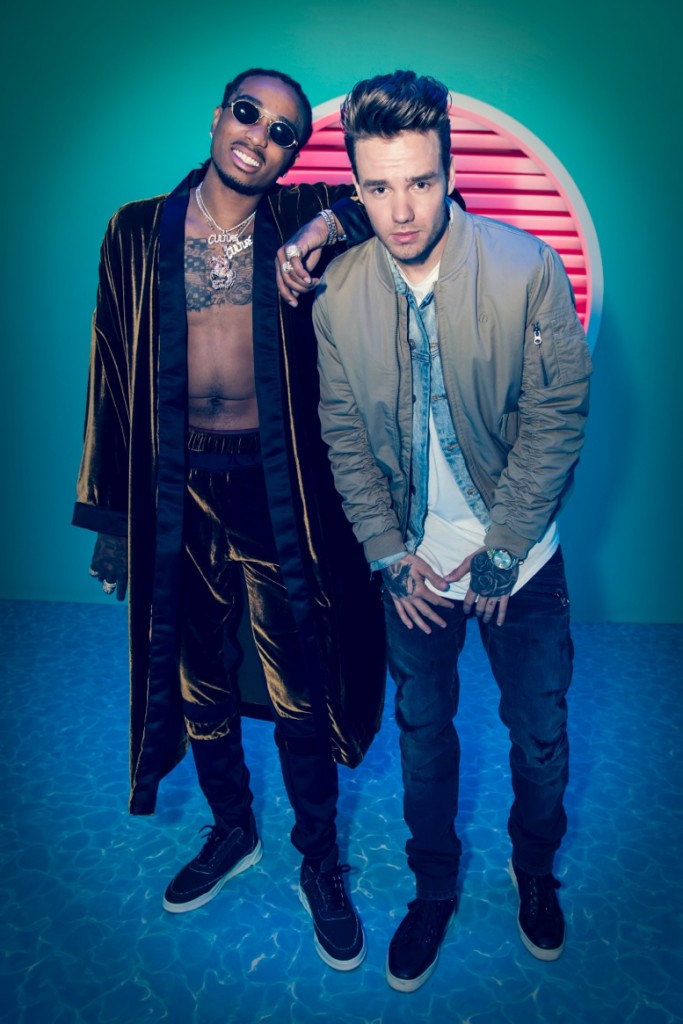 Liam Payne has unveiled his first-ever official solo music video – for his current debut single ‘Strip That Down’ featuring Quavo. The slick video features Liam dancing against a selection of colourful settings alongside a troupe of dancers. The video also features a special appearance from Quavo, the US rapper and founding member of hip hop sensation Migos.

The video was revealed via an exclusive live stream today on YouTube. Live audiences from both New York and London took part in a Q and A with Liam who was at the London venue.

Liam said:  “Filming my first solo video without the rest of the band was very different! It made me push the boundaries of what I was doing and it was a lot of fun to make! This record is supposed to be fun and playful – I hope everyone loves the video.”

‘Strip That Down’ is Liam Payne’s debut solo single. It is currently number three in the UK’s Official Singles Chart, and was recently selected as one of the Songs Of the Summer 2017 by Spotify, where the track has over 28 million streams and counting.

‘Strip That Down’ featuring Quavo is out now on Capitol Records. More music will follow from Liam this year.