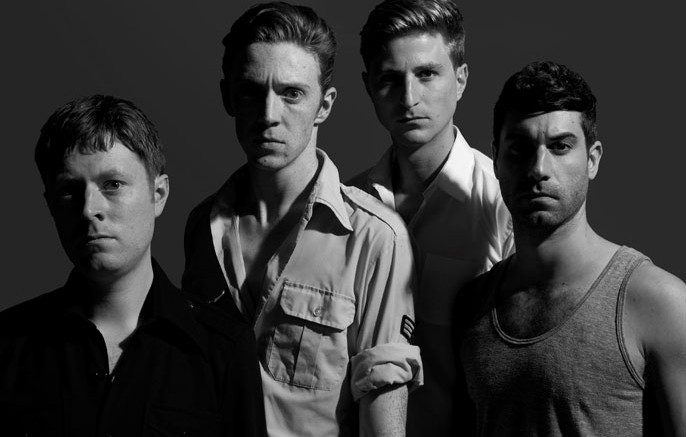 Night Engine have announced they will support Electric Guest on their upcoming UK tour.

All confirmed live dates are as follows:

Since being heralded by The Guardian and others as a band to watch at the start of the year, Night Engine have made their first forays out of London supporting Kaiser Chiefs in the North before joining The Joy Formidable for the Southern leg of their UK tour, ending in a show at London’s Roundhouse. In between, the band played only their second London headline show at the Borderline, selling out the venue a fortnight in advance to further enhance the feeling that this is a band whose time is now. Reviewing the show, The Independent on Sunday’s Simon Price praised ‘their ease with song dynamics’ as ‘uncanny’, thrilling to the ‘ascending verses, swooping middle eights, soaring choruses and fiendish hooks’. Rough Trade London got in on the act as well, making ‘Seventeen’ part of their chosen tracks of the week for their Guardian linked Tracks of The Week download club.

The single continues the band’s stated ambition to write ‘the music of the city’, combining strident dancefloor rhythms with the ‘bass driven strut’ that captivated NME so much at a recent show.

Night Engine follow their debut festival performance at SWN last year with a clutch of important shows in early summer including their biggest headline show in London to date at XOYO. Confirmed dates are:
April