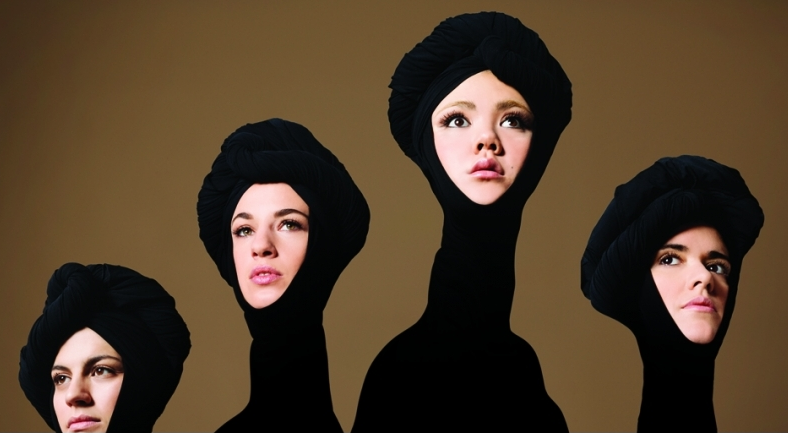 CSS RETURN WITH THEIR INCREDIBLE FOURTH STUDIO ALBUM ‘PLANTA’ WHICH WILL BE RELEASED ON JUNE 10TH THROUGH SQE MUSIC.

‘HANGOVER’ IS THE FIRST TRACK TO BE TAKEN FROM THE NEW ALBUM AND WILL BE RELEASED THIS MAY.

CSS return with their incredible fourth studio album ‘Planta’ which will be released in the UK on June 10th on SQE Music. The album is produced by TV On The Radio’s David Sitek (Yeah Yeah Yeahs, Scarlet Johansson, Santigold) and features a collaboration with Rancid’s Tim Armstrong on the first single to be taken from the album ‘Hangover’, which will be released this May.

Speaking about the new album lead singer Lovefoxxx said, “’Planta’ was written and recorded in LA. We had a lot of fun doing it and met some incredible people in the process. Our first single ‘Hangover’ is like summer in space for me. We can’t wait for people to hear the album”!

CSS was formed amidst the underground Sao Paulo music scene in 2003. In 2006 they released their debut album ‘Cansei de ser Sexy’ which was later followed by their second studio album ‘Donkey’ in 2008. ‘La Liberacion’ was released in 2010.