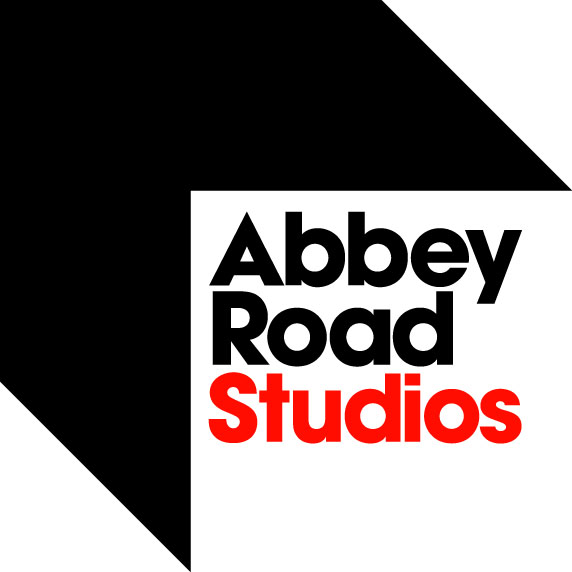 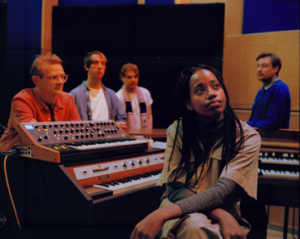 Abbey Road Studios is delighted to announce details of its new Abbey Road Lock-In series, the first release from which is Django Django and Denai Moore’s thrilling new collaboration Say Something, out now via Because Music.

Abbey Road’s Lock-In series is designed to illuminate the musical creative experience, offering a window into an otherwise closed process. Artists are invited into the studios for an unexpected collaboration, or to record a new interpretation of an existing song, using only the mix of vintage instruments and future tech provided by Abbey Road.

Django Django and Denai Moore’s Say Something is the first piece of original music to be released as part of the Lock-In sessions. Produced by London based Bullion, Say Something was created and recorded in Studio Three, where the band and Denai made use of Abbey Road’s Mellotron M300, Hammond Organ, Rhodes and vintage selection of microphones. Watch a documentary on the making of the song here.

Speaking about how the track came together and working at Abbey Road Studios, Django Django said: ‘It’s always a big honour to be invited to Abbey Road Studios and it’s been great being involved in their new Lock-In programme. Along with Denai Moore and Bullion, we wrote and recorded Say Something in Studio Three over two days in late 2020. Being in a space that’s so legendary and using mics and equipment that probably had a hand in some of our most loved songs is always a highlight of being a musician’.

Denai Moore adds: ‘Having spent the year writing on my own in my home studio, it was really refreshing to write something new with someone else for the first time in a year. It was really interesting to work with the guys from Django Django and bounce back off of each other. I wasn’t sure what we’d create together prior to the session, but I think it’s a perfect bridge between the music that both of us make individually. Abbey Road has a special presence to it, almost like going to your school prom as a musician. Feels like a rare magical occasion.’

Speaking about his experience of the recording, Bullion said: ‘Excuse the syrup, but I had a wonderful time recording with some sweet people in a hallowed place! Lucky us’.

From the original Mellotron M300 to the Schiedmayer Celeste, which can be heard on the Harry Potter film theme music, to the Wurlitzer and John Lennon’s Challen piano, Abbey Road’s equipment is truly unique. The combination of the studios’ top-of-the-range instruments and future facing production tools is crucial in allowing artists to push the boundaries of music creation.

‘We created Lock-In to provide an insight to the creative process as artists collaborate and experiment in the studio. The session with Django Django and Denai typifies the variety of projects being worked on at Abbey Road, combining the historic instruments and equipment in the collection with our future facing tech. Our intention was to demystify what happens in the studio – so it’s particularly thrilling that the results of our first Lock-In session were so strong and intoxicating to be released as a single.’

Django Django’s most recent album Glowing in The Dark was released in February of this year. The band’s fourth album following the Mercury Prize nominated Django Django (2012), Born Under Saturn (2015) and Marble Skies (2018), Glowing in The Dark is a record that has a running theme of escape: from constraints, from despair, from small town life, and even, in dreams, from the Earth. For information on the band’s autumn 2021 UK and European tour dates, please visit their website.

Denai Moore’s third studio album, 2020’s Modern Dread is her most complex, political and personal work to date. Her piercing soul vocal first commanded attention on SBTRKT’s 2014 album Wonder Where We Land when she was just 21 and since then, the British-Jamaican artist has made waves with her solo releases. She started out with robust piano ballads on the Rodiadh McDonald-produced Elsewhere in 2015, before shifting into lighter, hazier textures on 2017’s We Used to Bloom.

Nathan Jenkins is a producer and songwriter from West London. Under his pseudonym Bullion, he’s released records on Young, The Trilogy Tapes and Jagjaguwar. As a producer and mixer, Nathan has worked with Westerman, Nilüfer Yanya, LISS and Sampha. His remix credits include Todd Terje, Model 500 and Dita Von Teese.

A global music icon and the world’s first purpose-built recording studio, Abbey Road Studios has been home to countless landmark recordings and pioneering advances in music technology over the last 90 years. The studios’ phenomenal history encompasses celebrated work by artists from The Beatles, Pink Floyd, Fela Kuti, Kate Bush, Oasis and Radiohead to Sam Smith, Florence + The Machine, Kanye West, Lady Gaga, Frank Ocean, Amy Winehouse, Brockhampton and Adele, as well as scores to films from Raiders of The Lost Ark, The Lord of The Rings Trilogy and many of the Harry Potter and Star Wars movies, to Gravity, The Shape of Water, 1917, Black Panther, Bohemian Rhapsody and Avengers: Endgame. Since stereo was patented at Abbey Road in 1933, the studios have been home to numerous innovations in recording technology and continue to innovate today with Europe’s first music tech incubator, Abbey Road Red. Discover more at www.abbeyroad.com