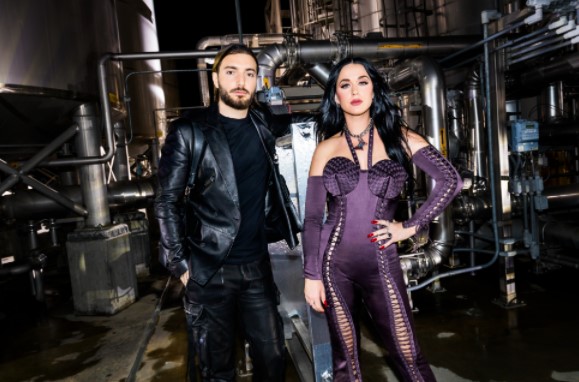 IN A GLOBAL FIRST, VIDEO PREMIERED ACROSS ESPN NETWORKS (BT SPORT IN THE UK) DURING HALFTIME OF 2022 COLLEGE FOOTBALL PLAYOFF NATIONAL CHAMPIONSHIP

Today, Alesso and Katy Perry unveil the sizzling official video for their acclaimed single, “When I’m Gone.” With a robot pet at her heels, Katy ventures into a futuristic industrial plant where she gives a kinetic performance of the dancefloor banger, accompanied by a troupe of dancers. She’s joined in the control room by Alesso as the song builds to a dizzying frenzy. The global superstars shot the video in Los Angeles with director Hannah Lux Davis (David Guetta, Marshmello, Doja Cat). Watch HERE.

Released on 29th December by Positiva/EMI in the UK, “When I’m Gone” has been lauded as “dance-floor ready” by NME and “a high-tempo banger” by Official Charts, and is the first-ever collaboration between the iconic GRAMMY-nominated producer/dance artist and the pop superstar, who is a member of the elite RIAA 100 Million Certified Songs club.

In a world first, the official video for “When I’m Gone” premiered earlier today during halftime of the 2022 College Football Playoff National Championship with Georgia vs. Alabama – marking the only time that ESPN has ever dropped a global music video within a live broadcast across its networks. The Championship features the best American college teams, and with over 30 million views is the largest live TV event in the US.

In the lead-up to today’s game, “When I’m Gone” was featured in College Football programming and ESPN studio shows such as SportsCenter, College GameDay, Bowl Games and the Semi Final Games. 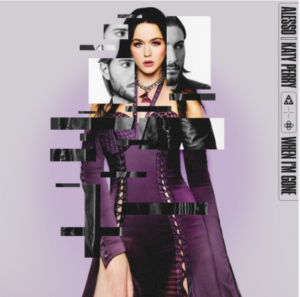 “We are so excited to have Alesso and Katy Perry’s music video premiere in a first of its kind campaign with ESPN,” said Gabriela Henriques, Director Creative Sync & Sports Marketing at CMG. “This is a stellar example of the synergy between music and sports and how intertwined they are in today’s culture. There isn’t a better event than halftime of the College Football National Championship to debut a song like ‘When I’m Gone.’”

Katy is no stranger to major college football; she was the College GameDay guest picker in 2014 for the Alabama-Ole Miss game. She notes, “When it comes to my music videos we all know I like to push the boundaries and myself, and create unique opportunities for my fans to see them. ESPN and especially College GameDay hold a special place in my heart, so partnering with Alesso to become the first artists to ever debut a global music video within a live event on ESPN made for a perfect and natural pairing.”

“I’m so thrilled that ‘When I’m Gone’ is finally out. We’ve been waiting the whole year to share it with all of you,” Alesso said. “I’m honoured to collaborate with Katy on such an amazing dance record, and with ESPN to become the first artists to premiere our music video at halftime of the College Football Playoff National Championship. I loved working with her and think this song and video came out super special.”

On its release, “When I’m Gone” amassed over 10 million streams in less than a week, with Katy performing a special medley of “When I’m Gone”/”Walking On Air” for CNN’s New Year’s Eve special. Watch the clip, which was shot during her “PLAY” residency at Resorts World, Las Vegas, HERE. Alesso also rang in 2022 with fans, playing two shows in Miami on New Year’s Eve and headlining Omnia Las Vegas on New Year’s Day. 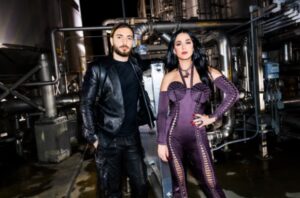 Alesso is a globally renowned producer and DJ in the dance world. Having garnered nearly four billion streams, the Sweden native has repeatedly proven that his influence transcends boundaries and crosses over into many other genres – to that end, he’s collaborated with such eclectic artists as OneRepublic’s Ryan Tedder, Calvin Harris, Tove Lo, Liam Payne, Swedish House Mafia’s Sebastian Ingrosso, Hailee Steinfeld, Florida Georgia Line, Anitta, and more. In the UK, Alesso boasts 4 Top 10 singles – “Heroes (We Could Be)” ft Tove Lo, “Cool”, OneRepublic collaboration “If I Lose Myself” and his UK #1 single with Calvin Harris – “Under Control” ft Hurts.

In 2020, he released a pair of hit singles: “Midnight,” featuring former One Direction member Liam Payne, and “THE END” with goth-pop singer/songwriter Charlotte Lawrence. Alesso had an explosive 2021, releasing a slew of records. He kicked off with his East Asia fuelled “Going Dumb (with Stray Kids & CORSAK),” and closed the chapter to his PROGRESSO series with PROGRESSO VOL 2. He then followed up with his cosmic love ballad “Chasing Stars (with Marshmello feat. James Bay),” the dynamic “Rescue Me (with Danna Paola)” from the Blade Runner: Black Lotus soundtrack and his highly-anticipated winter floor-filler “Somebody To Use.”  To cap off the monumental year, aside from making his NFT debut with the Cosmic Genesis collection, Alesso ended it on a bang with his colossal collaboration with Katy Perry on “When I’m Gone” to set up an even greater 2022. To date, Alesso has performed at international festivals all over the world including Coachella, Creamfields and Tomorrowland.

Katy Perry has racked up a cumulative 50 billion streams alongside worldwide sales of over 48 million adjusted albums and 135 million tracks. She boasts an impressive 40M + monthly listeners on Spotify with over 20M followers on the platform. Her 2019 single, “Never Really Over,” off her latest album SMILE, is certified platinum and was the biggest streaming launch of Katy’s musical career. 2020’s SMILE release has sold over 1.25 million adjusted albums, with nearly two billion combined streams to date. Views of her 2013 video “Roar” and 2014 “Dark Horse” have recently surpassed three billion views, making Katy the first female artist to reach this milestone. Katy’s 2015 Super Bowl performance is the highest-rated in the event’s history. She is one of only five artists in history to have topped 100 million certified units with their digital singles – and the first-ever Capitol Records recording artist to join the elite RIAA 100 Million Certified Songs club.

Aside from being one of the best-selling musical artists of all time, Katy is an active advocate of many philanthropic causes. In 2013, Katy was appointed a UNICEF Goodwill Ambassador and has used her powerful voice to ensure every child’s right to health, education, equality, and protection. Katy has also been a champion for LGBTQ+ equality, and has received numerous awards for her work, including the Trevor Project’s Hero Award in 2012, the Human Rights Campaign’s National Equality Award in 2017, amfAR’s Award of Courage in 2018, and Variety’s Power of Women distinction in 2021.