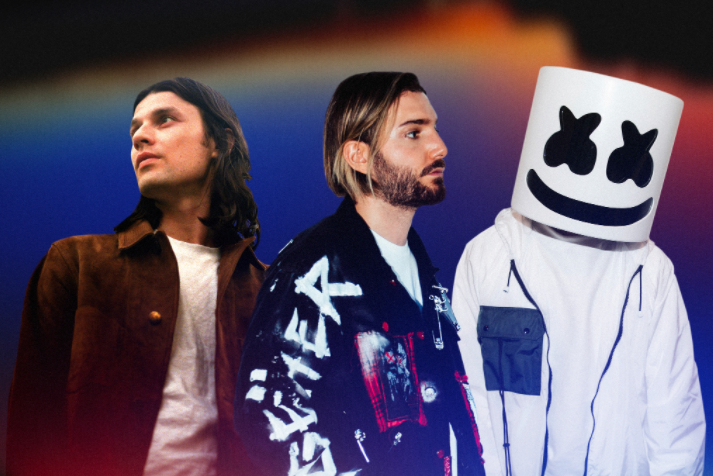 A beautifully detailed look back at a broken relationship, “Chasing Stars” opens on a poignant, piano-accompanied vocal performance from Bay, who also created the single’s artwork. From there, Alesso and Marshmello layer driving beats and folk-infused guitar work before building to a heart-stopping drop. Equal parts bittersweet and euphoric, “Chasing Stars” then transforms into a full-tilt anthem, its chorus underscored by soaring synth lines that perfectly reflect the track’s no-regrets sentiment.

Directed by Jake Jelicich (Dua Lipa, Niall Horan), the visual for “Chasing Stars” finds Bay working the counter at a video store and scanning through a stack of VHS tapes. As the video unfolds, he becomes mesmerised by the intimate, home-movie-like scenes onscreen — and by the beguiling woman who appears in each tape — and soon ends up fully transported into those memories. The video store’s walls are plastered with posters bearing images of Alesso and Marshmello, while a number of the VHS sleeves feature the pair stylised in classic B-movie aesthetic.

“Chasing Stars” arrives as the follow-up to Alesso’s PROGRESSO VOL 2, a long-anticipated two-track release that Alesso shared in early June, featuring tracks “Together” and “Again”. This year’s release was the second instalment in a series that began with 2019’s ALESSO MIXTAPE – PROGRESSO VOLUME 1.

Alesso is a globally renowned producer and DJ in the dance world. Having garnered nearly four billion streams, the Sweden native has repeatedly proven that his influence transcends boundaries and crosses over into many other genres — to that end, he’s collaborated with such eclectic artists as OneRepublic’s Ryan Tedder, Calvin Harris, Tove Lo, Liam Payne, Swedish House Mafia’s Sebastian Ingrosso, Hailee Steinfeld, Florida Georgia Line, Anitta, and more. In the UK, Alesso boasts 4 Top 10 singles – ‘Heroes (We Could Be)’ ft Tove Lo, ‘Cool’, OneRepublic collaboration ‘If I Lose Myself’ and his UK #1 single with Calvin Harris – ‘Under Control’ ft Hurts. Alesso has performed at international festivals all over the world including Coachella, Creamfields and Tomorrowland.

Marshmello’s star continues to rise as the famously masked artist breaks boundaries across the industry. With chart-topping singles and collaborations with the likes of Juice WRLD, Halsey, Demi Lovato, Bastille, Kane Brown, Selena Gomez, Jonas Brothers, and more. Marshmello has clocked almost a staggering 10.5 billion streams across Spotify alone, and with almost 45 million monthly listeners on the platform, he’s one of the top 30 most streamed artists in the world on Spotify and the third most subscribed artist on YouTube. Featured on the cover of the Forbes magazine “30 Under 30” issue Marshmello has proved to not only be an innovative producer, but a forward-thinking businessman. With his own brand of chocolate-filled marshmallows (“Stuffed Puffs”), he’s also launched a children’s entertainment channel Mellodees. Most recently Marshmello collaborated with the Jonas Brothers on their early summer smash “Leave Before You Love Me” which peaked at number 13 on the Billboard Hot 100.

For as much as James Bay upholds traditions of timeless songcraft, the UK singer, songwriter, guitarist, and producer also confidently challenges himself and popular music. He spikes a tried-and-true style with clever lyricism, honest confessions, and instrumental proficiency. On the heels of his platinum- certified 2015 debut Chaos And The Calm, he garnered GRAMMY® nods in the categories of Best New Artist, Best Rock Album, and Best Rock Song for the gold-selling single “Hold Back The River.” Meanwhile, “Let It Go” went triple platinum. Nominated for dozens of awards, he took home two BRIT Awards, two Q Awards, and top honours at the Ivor Novello Awards and ECHO Awards. Tallying nearly 7.5 billion streams by 2021, he has performed on Saturday Night Live, The Ellen DeGeneres Show, Jimmy Kimmel LIVE!, and Late Night with Seth Meyers. He also notably dueted with icons such as Alicia Keys on The Voice and Mick Jagger while supporting The Rolling Stones at Twickenham Stadium in London. In addition to selling out shows on four continents, Epiphone honoured him with his own limited-edition James Bay Signature “1966” guitar. Following the success of 2018’s Electric Light, he deconstructed his sound to its bare essentials on the Oh My Messy Mind EP a year later hitting nearly 500 million global streams. It yielded the hit “Peer Pressure” [feat. Julia Michaels], generating over 300 million global streams, received critical acclaim from Time, Rolling Stone, and Billboard and the next year saw James opening up for Ed Sheeran on his 2019 record-breaking stadium run. Last year, James released his new single “Chew On My Heart” which has already hit nearly 70 million streams, delivered a historic performance on the top of the London Eye for The Late Late Show with James Corden, performed on The Today Show, Mahogany Sessions and a full concert on YouTube in support of #SaveOurVenues. He also created his own virtual event, James Bay – Live At Shakespeare’s Globe, which was a full concert event livestreamed at the historic venue. This year, he guested on Maisie Peter’s song “Funeral,” which was featured on the soundtrack to Apple TV+ original series Trying: Season 2. 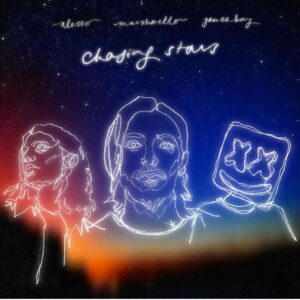