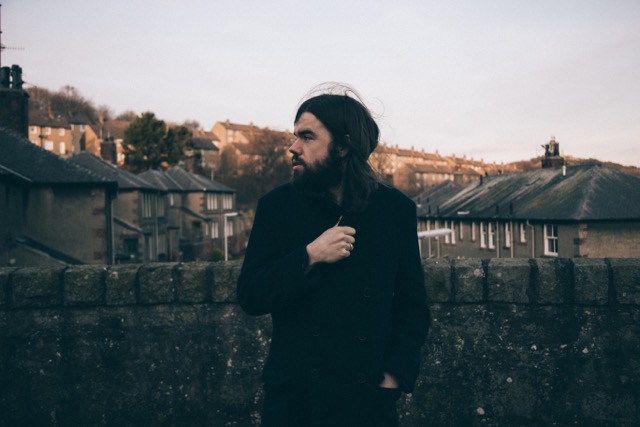 ANDREW WASYLYK RELEASES A NEW VIDEO FOR THE SINGLE ‘LOWER DENS WORKS’, TAKEN FROM HIS CURRENT ALBUM ‘THEMES FOR BUILDINGS AND SPACES’

DIRECTED BY TROY LYNCH, IT FEATURES ANDREW AND HIS BAND PERFORMING A LIVE SESSION AND FOOTAGE OF ANDREW WALKING AROUND DUNDEE, HIS NATIVE CITY AND THE INSPIRATION FOR THE ALBUM

Andrew Wasylyk continues to celebrate the evolving cityscape of his hometown of Dundee with the release of a video for his single, ‘Lower Dens Works’.

Directed by Troy Lynch of Magic Box, the video features the Scottish composer and songwriter alongside his live band performing the track at Dundee’s Bell Street Music Centre. The band comprises drums, electric and bass guitar, Fender Rhodes keyboard and synthesizer, as well as percussion and brass, with Andrew playing the grand piano component of this hugely atmospheric and wistful composition.

The video also features Andrew walking along various streets in his native city. One scene follows him as he strolls through Dundee’s famous cemetery, “The Howff” – an ancient burial ground given to the city by Mary Queen of Scots – with the visuals complementing the pensive tone of the music.

Describing the video and music, Andrew Wasylyk said: “Aside from the brass, I recorded the album on my own in the studio so it was a real treat to perform the music live with a nine-piece ensemble for this video. I was keen to reference the exhausting machinery work of the mills in this track with a relentless mechanical drum pattern with a sort of ‘Philly Soul’ palette, only more ethereal and much more dour!”

‘Lower Dens Works’ is the second single from Andrew’s second album, ‘Themes for Buildings and Spaces’, which was released via Tape Club Records. A limited edition 10-inch vinyl and digital version of the album will be released on 10th November through Tape Club Records.

The eight-song instrumental record is a soundtrack to Dundee – a shifting post-war cityscape, which continues to evolve throughout the decades. Inspired by architectural sites and open spaces in the city, each composition is a musical nod to a different location. ‘Lower Dens Works’ takes its title from the city’s jute mills which were built by the entrepreneurial Baxter brothers of Dundee who between 1840-90 became the world’s first linen manufacturers. The elegant and melodic composition references the mill’s machinery, in particular the rhythmic drum pattern.