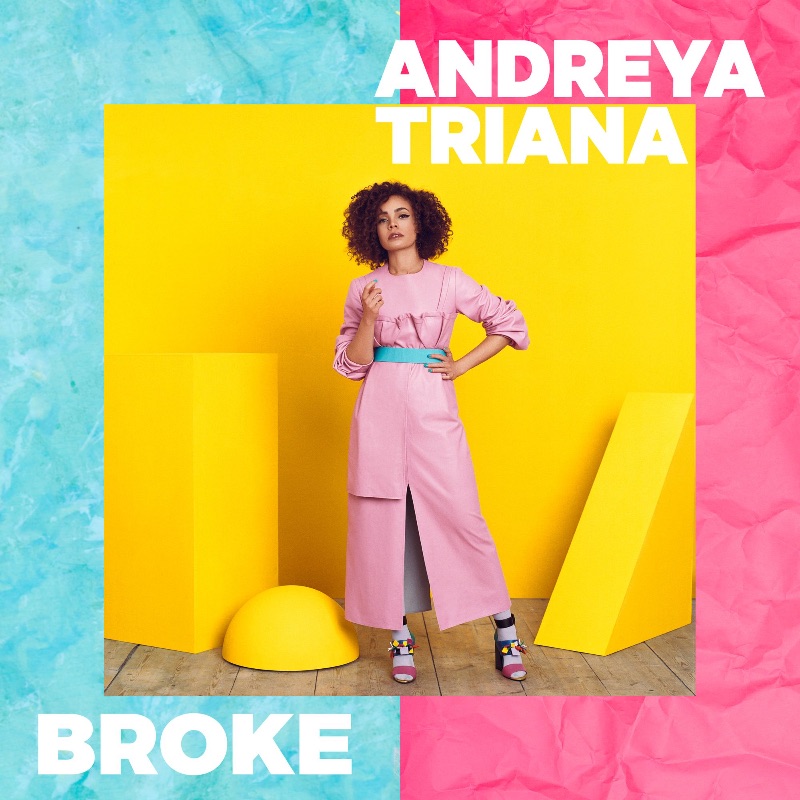 THE TRACK IS TAKEN FROM THE ALBUM, ‘LIFE IN COLOUR’, WHICH IS RELEASED 1 MARCH 2019

Andreya Triana has today released her brand new single, ‘Broke’. The track is taken from her upcoming album, ‘Life in Colour’, which is released 1 March 2019 through Hi-Tea Records/The Orchard.

The soulful song, which features piano, deep brass sounds and moving vocals from a backing group alongside Andreya’s rich singing and heartfelt lyrics about growing up with her mother, is the second to be taken from her new album. It follows first single ‘WOMAN’, which was recently remixed by acclaimed electro pop duo Nimmo.

Andreya says: “My new single ‘Broke’ is for anyone that’s had to live off baked beans and make a tenner last a lifetime. It was inspired by a particular time in my life, but I’m forever thankful to my friends and mum for always being there to help me out. After all, if we have love then we have the ultimate riches. On that note… must pay mum back that tenner!”

Recorded in London and Stockholm, the upcoming album is inspired by womanhood and comprises a wide-range of musical influences – soul, blues, pop, reggae and jazz. Available to pre-order now, it comes in digital, CD and coloured vinyl formats. Andreya’s third record follows her critically-acclaimed 2010 debut ‘Lost Where I Belong’, which was produced by Bonobo, and her sophomore record ‘Giants’, which came out in 2015.

Andreya will perform a must-see set at EartH in Hackney on 21 March where she will play music from her new album plus tracks from her back catalogue. Tickets for the show are on sale now via gigsandtours.com