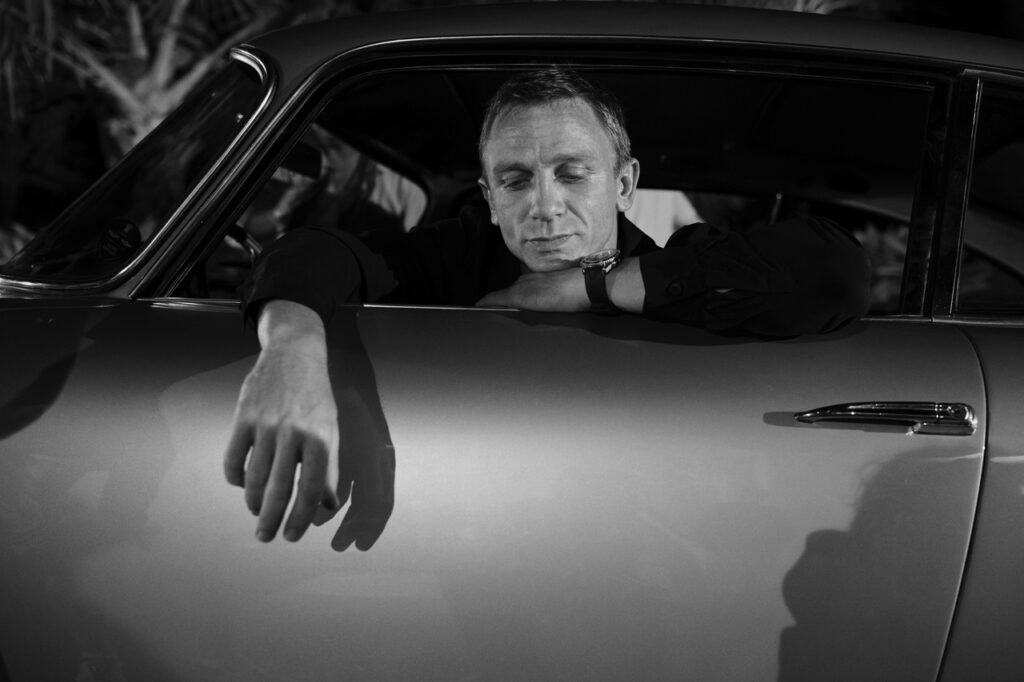 AVAILABLE FOR THE FIRST TIME

Celebrating the forthcoming release of No Time To Die, Daniel Craig’s fifth and final film as James Bond, Greg Williams Photography and EON Productions announce a set of limited edition prints – available to buy now for the first time.

Spanning Daniel Craig’s tenure as James Bond, the set of twenty-five black and white photographs by Greg Williams give a unique insight into the creation of the iconic films. The stunning images feature Daniel in his role as James Bond, alongside other cast members.

Of the prints, Greg Williams says:

“I’m immensely proud to have worked with Michael G. Wilson and Barbara Broccoli and be a guest on their incredible movie sets for over 20 years. During that time I have had the opportunity to document Daniel Craig’s remarkable journey as James Bond. From his original screen test through to the poster shoot on No Time To Die, these 25 photographs are some of my absolute favourites.”

The prints can be purchased via the Greg Williams Photography store here and 007store.com

The photographs are available in two formats – Studio Stamped prints and Signed Editions.

Pricing and further details below: 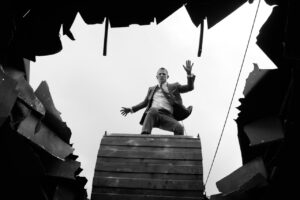 Greg Williams is one of the most trusted and acclaimed photographers in entertainment – his name and candid portraiture synonymous with authentic glamour.

In addition to his prodigious photographic output, Greg is also a filmmaker, principally with his first person, ‘moving reportage’ documentaries, and a product designer—Greg’s limited edition Leica Q2, in partnership with Daniel Craig, is Leica’s fastest selling large scale edition. His education platform Skills Faster, is home to his highly successful Candid Photography Course, with the intention of ‘democratising good photography’.

After 30 years in the business Greg’s talent and brand relationships are second to none. He publishes exclusives to over 850,000 followers on Instagram and on gregwilliams.com where he also sells his products and prints. Greg Williams Photography operates from Greg’s studio/ gallery space in Mayfair, London.

About No Time To Die

No Time To Die is directed by Cary Joji Fukunaga and stars Daniel Craig, who returns for his fifth and final film as Ian Fleming’s James Bond. The film will be released in cinemas from September 30 2021 in the UK through Universal Pictures International and in the US on October 8 2021, from Metro Goldwyn Mayer (MGM) via their United Artists Releasing banner.

No Time To Die Synopsis

In No Time To Die, Bond has left active service and is enjoying a tranquil life in Jamaica. His peace is short-lived when his old friend Felix Leiter from the CIA turns up asking for help. The mission to rescue a kidnapped scientist turns out to be far more treacherous than expected, leading Bond onto the trail of a mysterious villain armed with dangerous new technology.

EON Productions Limited and Danjaq LLC are wholly owned and controlled by the Broccoli/Wilson family. Danjaq is the US based company that co-owns, with Metro Goldwyn Mayer Studios, the copyright in the existing James Bond films and controls the right to produce future James Bond films. EON Productions, an affiliate of Danjaq, is the UK based production company that has made the James Bond films since 1962 and together with Danjaq controls all worldwide merchandising. No Time To Die, the twenty-fifth 007 film, will be released in UK cinemas from 30th September 2021 and in the U.S. from October 8 2021. For more information, visit www.007.com.

Metro Goldwyn Mayer (MGM) is a leading entertainment company focused on the production and global distribution of film and television content across all platforms. The company owns one of the world’s deepest libraries of premium film and television content as well as the premium pay television network EPIX, which is available throughout the U.S. via cable, satellite, telco, and digital distributors. In addition, MGM has investments in numerous other television channels, digital platforms, interactive ventures, and is producing premium short-form content for distribution. For more information, visit www.mgm.com.

Universal Pictures International (UPI) is the international marketing and distribution division for Universal Pictures. In the United Kingdom, Ireland, Spain, Italy, Germany, Austria, Switzerland, the Netherlands, France, Russia, Korea, Australia, New Zealand, Mexico and China (including Hong Kong SAR), UPI directly markets and distributes movies through its own offices, creating local campaigns and release strategies. In other parts of the world, UPI partners with Warner Bros, with Paramount through United International Pictures (UIP), and with Sony, either directly or through UIP, to distribute its films. Universal Pictures is part of NBCUniversal, one of the world’s leading media and entertainment companies in the development, production, and marketing of entertainment, news, and information to a global audience. NBCUniversal is a subsidiary of Comcast Corporation.

United Artists Releasing, a joint venture between Metro Goldwyn Mayer (MGM) and Annapurna Pictures (Annapurna), is a U.S. theatrical releasing company. Built upon the legacy of the iconic United Artists motion picture studio, the joint venture provides a home where filmmakers are supported by thoughtful approaches to marketing, publicity and distribution. United Artists Releasing offers content creators an alternative distribution option outside of the studio system.

NO TIME TO DIE © Danjaq, LLC and Metro-Goldwyn-Mayer Studios Inc.

NO TIME TO DIE and related James Bond Trademarks are trademarks of Danjaq, LLC. All Rights Reserved.