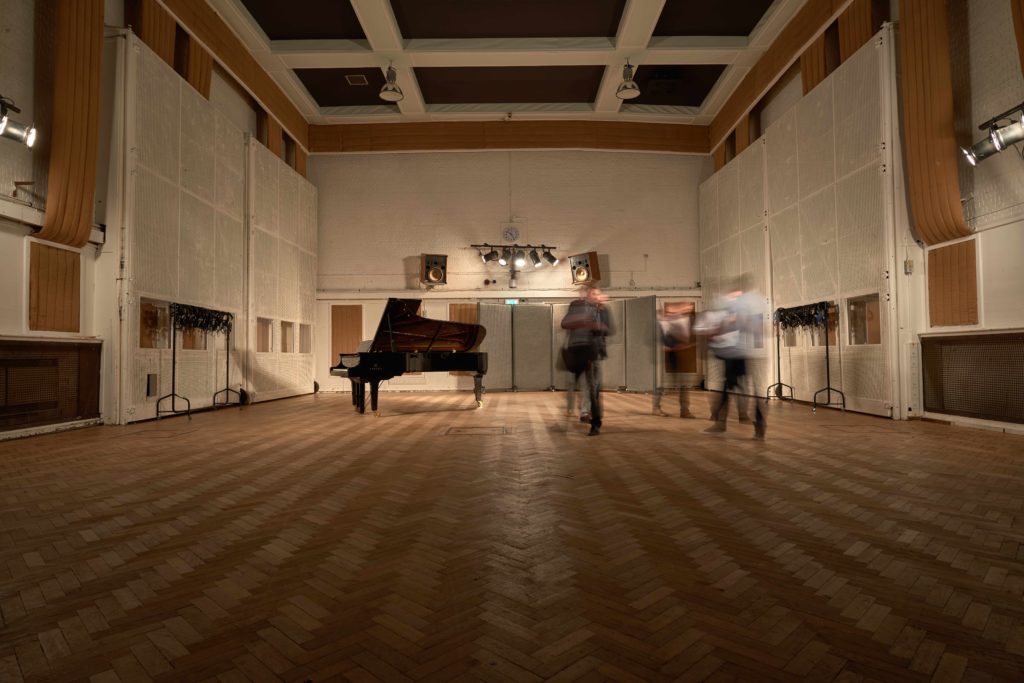 The most famous recording studio in the world and a global music icon.

Originally a nine-bedroom house built in 1829, it was purchased by the Gramophone Company in 1928 who went on to build the world’s first purpose-built recording studio. The St John’s Wood address was chosen for its large garden and ideal location – close enough to the performance spaces of the time, but away from the noise and vibrations of the traffic and trains.

The grand opening ceremony on 12 November 1931 included a performance of Land of Hope & Glory in Studio One conducted by Sir Edward Elgar. The Gramophone Company merged with Columbia Graphophone Company to form Electric and Musical Industries (EMI) in 1931, and the studios later became known as EMI Recording Studios. Since EMI engineer Alan Blumlein patented stereo at Abbey Road in 1931, the studios have been famed for innovation in recording technology, largely developed by the Record Engineering Development Department (REDD) who were responding to the needs of the artists and producers using the rooms. Their innovations include the REDD and TG desks, as well as studio techniques such as Artificial Double Tracking(ADT), created by studio technician Ken Townsend, who went on to become the studios’ MD, as well as Vice President of EMI Studios Group.

While initially a venue for classical recordings, the studios’ repertoire soon embraced jazz and big bands, too, as well as the first British rock & roll records of the 1950s, including Sir Cliff Richard’s first single Move It. Abbey Road is of course synonymous with the legendary work of The Beatles, who worked with EMI producer Sir George Martin and recorded 190 of their 210 songs at the studios. But Abbey Road’s unparalleled history spans the wild experiments of Pink Floyd to iconic recordings from Shirley Bassey, Aretha Franklin, The Hollies and many more.