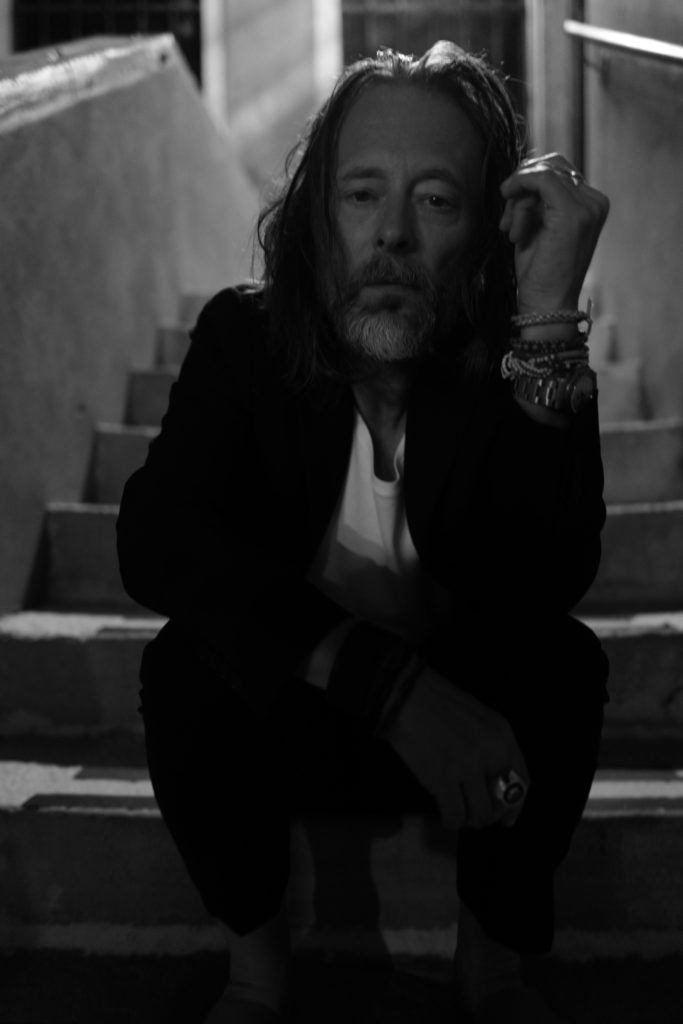 Thom Yorke is a musician, artist, composer and activist. As lead singer and songwriter of Radiohead, the group have won several Grammy and Ivor Novello Awards and have released critically-acclaimed music, widely regarded as some of the most celebrated and influential work of recent decades. The band are to be inducted into the Rock and Roll Hall of Fame this year.

Away from Radiohead, Yorke’s solo studio albums ‘The Eraser’ and ‘Tomorrow’s Modern Boxes’ were met with widespread acclaim upon their release in 2006 and 2014 respectively. The live performances of the albums saw him collaborate with audiovisual artist Tarik Barri, as well as longtime artistic collaborator Stanley Donwood and  producer Nigel Godrich. Yorke also worked with Godrich in collaboration with Red Hot Chilli Peppers’ bassist Flea, Joey Waronker and Mauro Refosco, to perform and release new music, as part of the group Atoms for Peace. Atoms for Peace released their debut studio album, ‘Amok’ in 2013.