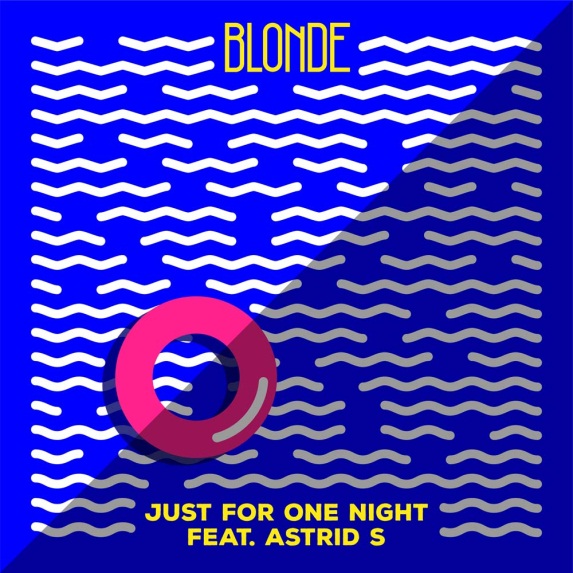 Listen to ‘Just For One Night’ featuring Astrid S here:

Norwegian pop star Astrid S features on the anticipated new single from acclaimed UK duo Blonde, ‘Just For One Night’, out today. The track comes just ahead of the release of Astrid S’ forthcoming ‘Party’s Over’ EP, out June 30th via Virgin/EMI.

‘Just For One Night’ has already seen an incredible response following its release today, with the track already added to Kiss FM’s playlist, and featured on BBC Radio 1’s New Music Friday today. The track has also been featured on Spotify’s New Music Friday playlist in 14 territories, including both the UK and the US. Blonde’s Jake Manson and Adam Englefield, along with co-writer RAYE agreed that Astrid S would be the perfect fit for the track:

“I knew that Astrid would absolutely kill it,” says Jake. “She felt like the perfect fit because she’s got that Scandinavian coldness to her vocal. It’s edgy, cool and very strong, but it’s also got a vulnerability to it. All the Blonde singles have had really distinct vocals – Alex Newell, Melissa Steel, Craig David – and Astrid is the perfect continuation of that.”

‘Party’s Over’ EP follows Astrid S’ debut, self-titled EP which was released last year. The EP featured breakthrough hit ‘Hurts So Good’ and gained her international praise from the likes of The Guardian, who described her as “waiting in the wings of global stardom”. Last year, Astrid also won the Spellemannprisen Award (Norwegian Grammy Awards) for ‘Breakthrough Artist of the Year’, was awarded ‘Best Norwegian Act’ at the MTV European Music Awards and was chosen by Popjustice as one of the acts most likely to save pop music in 2017! To date, her music has totalled over 400 million streams worldwide and counting.

Astrid S has recently announced her largest ever headline tour – the ‘Party’s Over’ World Tour – kicking off this September. The Norwegian pop star will play shows across North America and Europe, including two dates in the UK. The announcement follows Astrid’s recent sold-out shows in Los Angeles, New York and at London’s Scala. Full tour schedule below:

Friday 15th: The Foundry at The Fillmore, Philadelphia, United States