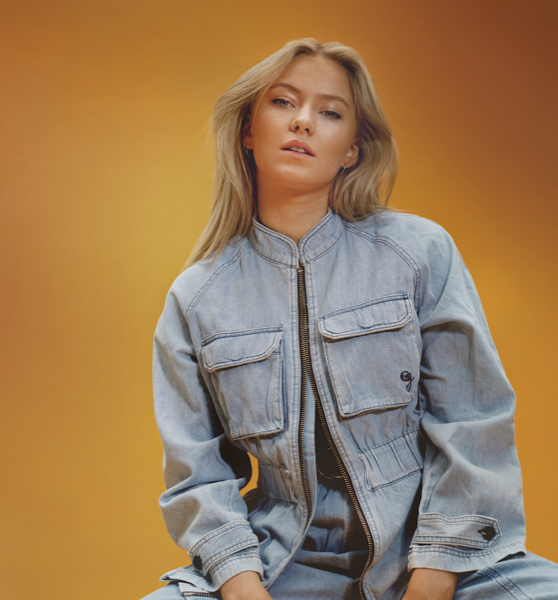 “Her plain-spoken confidence is at the core of her inventive, wobbly synth pop…Excellent” – The Fader

Listen to ’Think Before I Talk’ here: https://AstridS.lnk.to/TBIT

Norwegian pop sensation Astrid S has today unveiled brand new single ‘Think Before I Talk’. Out now on Virgin EMI Records, the track is the first release since her recent critically-acclaimed EP ‘Party’s Over’.

‘Think Before I Talk’ was written by Grammy-nominated songwriter Andrew Cedar, who has writing credits with artists including Lupe Fiasco, Jason Derulo and Charlie Puth. The track was mixed by Grammy Award-winning producer and engineer Tony Maserati, who has worked with the likes of Beyoncé, Lady Gaga and many more.

The lyrics for ‘Think Before I Talk’ see Astrid in a moment of vulnerability, reflecting on things said in the heat of the moment during an argument – and the ensuing regret for what she said. Astrid says:

“It’s a song about saying things you don’t mean because you are hurt, frustrated or maybe angry. I hope that this is a song a lot of people can relate to, and that next time you are about to say something in the heat of an argument, you hopefully remember to think before you say something hurtful.”

At 20 years of age, Astrid S has already become a household name in her home country of Norway and beyond. Born in Berkåk, a small Norwegian town with fewer than 1,000 inhabitants, Astrid began playing the piano when she was six and by sixteen she’d moved to Oslo to pursue her career in music. Fast forward to today and her music is streamed over a million times per day on Spotify, with a total of half a billion streams to date across the globe. Her single ‘Breathe’ – from recent EP ‘Party’s Over’ – was BBC Radio 1’s Tune of The Week, and has recently hit over 55 million streams worldwide, whilst the music video has over 1.5 million views on YouTube and counting. The single also hit number 1 on the Spotify charts in Astrid’s home country of Norway – knocking Luis Fonsi and Daddy Yankee’s ‘Despacito’ remix featuring Justin Bieber off the top spot!

Astrid S currently features on ‘Just For One Night’ – the latest single from acclaimed UK dance duo Blonde, which was also chosen as ‘Tune of the Week’ on Scott Mills’ BBC Radio 1 show and placed on their ‘C’ playlist (as well as KISS FM’s playlist), and has gone on to amass over 4.7 million Spotify streams to date. Astrid was awarded the Norwegian Grammy for ‘Breakthrough Artist of the Year’ last year, and has also been awarded ‘Best Norwegian Act’ at the MTV EMAs.

Having sold out shows in LA, New York and London earlier this year, Astrid will come to the UK this autumn as part of her 2017 world tour. She will perform at Manchester’s Gorilla on Monday 9th October, before playing at London’s legendary Heaven on Tuesday 10th October. For tickets, see http://astridsofficial.com/#live