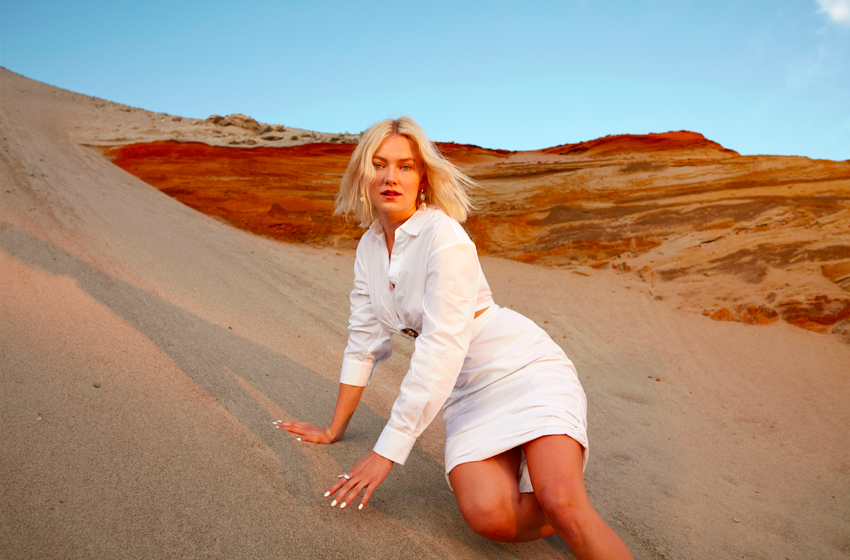 TAKEN FROM HER DEBUT ALBUM ‘LEAVE IT BEAUTIFUL’ OUT OCTOBER 16

Today Astrid S reveals the video for single ‘It’s Ok If You Forget Me’, taken from her debut LP ‘Leave It Beautiful’ out October 16 via Universal Music Norway/Virgin EMI. Watch the video here.

The official video for ‘It’s Ok If you Forget Me’ was filmed in Oslo and co-directed by Astrid herself, as every video released from her debut album has been. It follows disco-tinged dancefloor heartbreak anthem ‘Dance Dance Dance’ and ‘Marilyn Monroe’ – a playful yet empowering track about female representation. Both tracks are taken from the 23-year-old pop star’s debut album ‘Leave It Beautiful’, out this month.

With every track co-written by Astrid herself, ‘Leave It Beautiful’ is a personal exploration of the 23-year-old artist’s journey so far, as she finds herself in the wake of break-ups, monumental changes and growing pains in her life. The lyrics depict a coming of age story where Astrid accepts life lessons with gratitude, depicted in the title ‘Leave It Beautiful’. The record follows an already successful career to date, including the release of three successful EPs, over a billion and a half streams, collaborations with the likes of Shawn Mendes and JP Cooper, tours with Years & Years and Zara Larsson, critical acclaim from The Guardian, NME, Clash, Line of Best Fit and a successful sold-out headline world tour of her own.

‘Leave It Beautiful’ will be released on 16th October 2020 via Universal Music Norway/Virgin EMI. Fans can pre-add the album on Apple Music HERE.