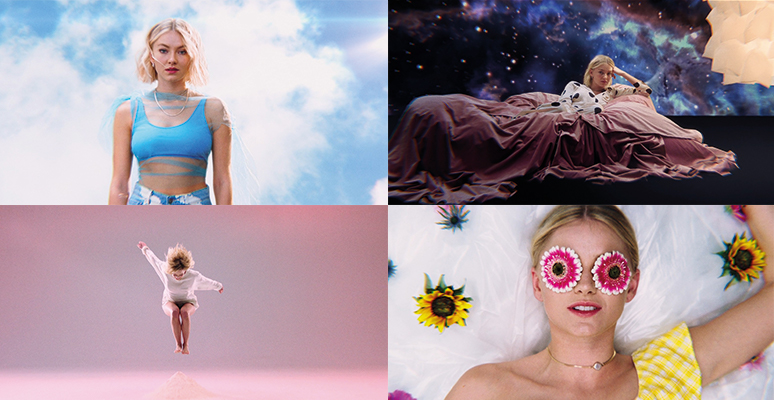 ASTRID S REVEALS THE OFFICIAL VIDEO FOR ‘SOMEONE NEW’

Today hotly-tipped pop star Astrid S releases the official video for her latest single ‘Someone New’ via Virgin EMI Records / Universal Music Norway. The colourful, dream-like video reflects the playful nature of the track – following Astrid as she obsesses over her ex, in an array of eye-catching, fantastical scenarios.

The video, shot in Stockholm, was directed by Lina Söderström and produced by Rima Kassar. Of the video, Lina says:

‘In this video, I wanted to explore and visualise all the creative sides of Astrid. This gave her the opportunity to express and share her herself through different movement, fashion and spaces. By working with different types of visual effects, set design and styling we got to bring these different worlds together in a surrealistic and dreamy way. It was a great collaboration with Astrid as she always sets her personal touch in every detail!’

Of the video, Astrid says:

‘I wanted it to be fun and simple… and I wanted to be able to express myself through style and different looks.’

‘Someone New’ is Astrid’s first release of 2019. The track, co-written by Astrid with Charli XCX and Noonie Bao (Katy Perry, Camilla Cabello), has been well-received by the likes of The Guardian, Popjustice and MTV, who claimed that ‘Astrid tugs at our heartstrings in this open and honest track’.

At the end of last year Astrid S announced that she was included on both Vevo DSCVR’s ‘Ones to Watch 2019’ and YouTube’s Artists to Watch 2019. The rising star, who recently hit the one billion streams mark across platforms, also just finished a successful UK and Europe tour with Years & Years, showing no signs of slowing down for 2019.

Astrid S will return to the US to play two sold out shows this month, including one at the Moroccan Lounge, LA and Rough Trade, NYC. Dates below:

“Another piece of synth-pop perfection” – MTV on ‘Emotion’