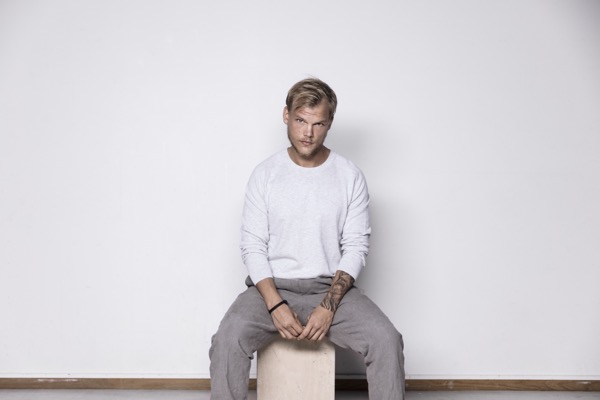 Listen to all five tracks on the ‘Avīci’ EP here via Avicii’s YouTube playlist here:

Listen to ‘Without You’ featuring Sandro Cavazza here:

‘AVĪCI’ is Avicii’s first new music to be released since 2015 and since announcing his retirement from touring last year. The EP features collaborations with Rita Ora, AlunaGeorge, Billy Raffoul, Vargas & Lagola and Sandro Cavazza – continuing Avicii’s practice of working with great artists who can contribute to the uplifting energy and infectious melodies of his music.

Avicii began the process of creating this new music on a once-in-a-lifetime, 10-day road trip with fellow artists and lifelong friends, that took him from the California coast of the Pacific Ocean to the rim of the Grand Canyon across the country to Florida. It was a transformational journey; one of the first tracks to come out of that process was ‘Without You’, a song of freedom and empowerment, featuring Sandro Cavazza. Avicii performed the track at Miami’s Ultra Music Festival in 2016. Of the new EP, Avicii – real name Tim Bergling – says:

“I’m really excited to be back with music once again, it has been a long time since I released anything and a long time since I was this excited over new music! My focus on this first EP of the album was to get a mix of new and old songs, some that fans have been asking about/waiting for mixed with brand new songs that they haven’t heard before!”

Rita Ora features on the pop anthem ‘Lonely Together’, a classic four-to-the-floor track which bridges the gaps between pop, dance and perfectly illustrates the progression in Avicii’s career. AlunaGeorge, the English electronic music duo from London, appear on ‘What Would I Change It To’, a soft reflection on living in the moment. Canadian-born, 22-year-old singer-songwriter Billy Raffoul’s distinctive vocals drive the track ‘You Be Love’, which was recorded in Nashville. The track is pure Avicii: brightness with a clean, catchy style and uplifting energy.

EP opener ‘Friend of Mine’ blurs the lines between folk roots and a burning synth hook and is a tale of friendship lost. The track is sung by fellow Stockholm natives Vargas & Lagola, who have previously collaborated with acts such as Miike Snow, Madonna, Axwell /\ Ingrosso, Katy Perry and more.

The final bonus track on ‘AVĪCI’ is a remix of Sandro Cavazza’s ‘So Much Better’, remixed by Avicii himself.

In 2011, Avicii received monumental success both critically and commercially with the release of ‘Le7els’, which became a No. 1 dance hit in the U.S. and the U.K. The track topped the charts in six other territories, has been streamed over 200 million times on Spotify, garnering Avicii a Grammy nomination. In 2013, the Swedish songwriter and producer cemented his place at the top flights of superstar recording artists with the success of his genre-defying debut album ‘True’. The album spawned the four time platinum-selling, guitar-laden hit ‘Wake Me Up’ which went to No. 1 in 81 countries and became the most streamed song of all time on Spotify – and is still the most Shazamed song worldwide to date.

In 2014, Bergling released his second album ‘Stories’, which achieved more than 750 million streams on Spotify and spawned the international hit ‘Waiting for Love’ – a number 1 hit in 22 countries. In March 2016, after a performance at Ultra Music Festival, Bergling announced in a letter to fans that that he would be retiring from performing live. The silver lining from his announcement was a renewed conviction, inspired energy, and much more time to get back to what Avicii does best – create music.