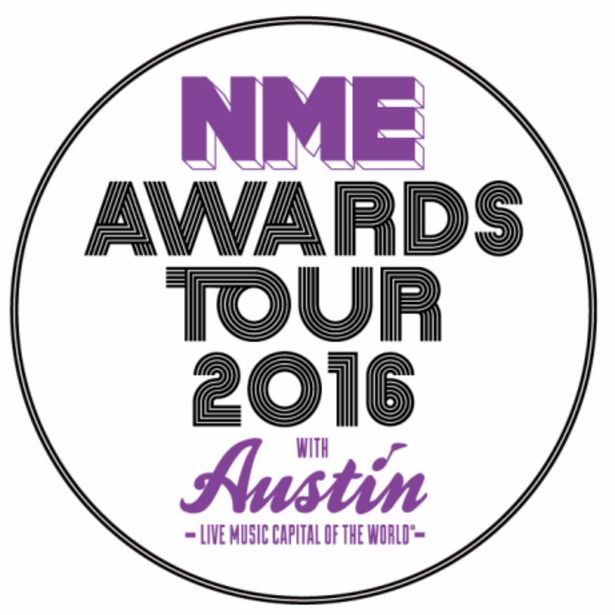 DRENGE, RAT BOY AND BUGZY MALONE TO TAKE TO THE STAGE

TICKETS AVAILABLE FOR PRE-SALE ON WEDNESDAY AT WWW.NME.COM/TICKETS

The NME Awards Tour 2016 with Austin, Texas is gearing up to hit the road with a thrilling line-up headlined by Bloc Party. Joining the bill are Drenge, Rat Boy and Bugzy Malone who will tour the UK to take in 11 cities, kicking off on 29 January at Cardiff Great Hall and coming to a close on 12 February at Birmingham O2 Academy. Tickets are available now at nme.com/tickets.

Returning British indie heroes Bloc Party headline the tour, giving fans the chance to see the band – who headlined Latitude Festival in 2013 – perform in the most intimate venues they’ll have played for some time. Alongside old favourites and bona fide classics, Bloc Party will be performing new songs from their forthcoming album HYMNS – due for release the day the tour kicks off – for the very first time.

Says Kele: “It was a big deal for the band when we played the NME tour in 2005, so we’re really excited to be returning as headliners in 2016. It’s a great line-up and I’m really looking forward to seeing the other bands, I can’t wait to get out there.”

Rowdy Sheffield-based band Drenge, who performed one of Glastonbury’s most storming sets earlier this year, will bring the full-throttle force of their second album Undertow to the line-up. Ensuring each night will be a raucous affair is one of indie’s freshest faces Rat Boy, who broke on to the scene earlier this year with his wide-boy rap, fusing punk and hip-hop beats. Completing the bill is one of 2016’s most hotly-tipped newcomers Bugzy Malone, the Manchester artist who is at the forefront of the revival of the UK grime scene.

Mike Williams, editor-in-chief of NME, says: “The line-up for the NME Awards Tour 2016 with Austin, Texas is amazing for UK music fans – where else next February could you see three of the most exciting, game-changing new artists around, as well as a bona fide festival headliner in such an intimate setting?”

The legendary NME Awards Tour is renowned for tipping who will be the next big thing and has famously featured Arctic Monkeys, The Killers and Florence + the Machine, before they were performing stadiums.

Tag your tweets with #nmeawards to join the conversation.

Exclusive ticket pre-sale begins at 9am on Wednesday, 4 November at NME.com/tickets. Tickets go on general sale at 9am on Friday 6th November.

An SJM Concerts presentation in association with DFand Metropolis Music.

All tickets include a 50p donation to Teenage Cancer Trust (Registered Charity 1062559 in England and Wales, SC039757 in Scotland)

Teenage Cancer Trust is the only UK charity dedicated to improving the quality of life and chances of survival for young people with cancer aged between 13 and 24. We fund and build specialist units in NHS hospitals and provide dedicated staff, bringing young people together so they can be treated by teenage cancer experts in the best place for them.

We also educate young people in schools about cancer to help improve the speed and quality of diagnosis.

We rely on donations to fund our vital work. Help transform the lives of young people with cancer. Visit www.teenagecancertrust.org

About the NME Awards

The Austin Convention & Visitors Bureau is the official destination marketing and sales organization for the City of Austin. An accredited member of the Destination Marketing Association International, the Austin CVB is charged with marketing Austin nationally and internationally as a premier business and leisure destination, thus enriching our community’s overall quality of life. Locally, travel supports an estimated 58,000 jobs and pumps approximately $6.8 billion into Austin’s economy.