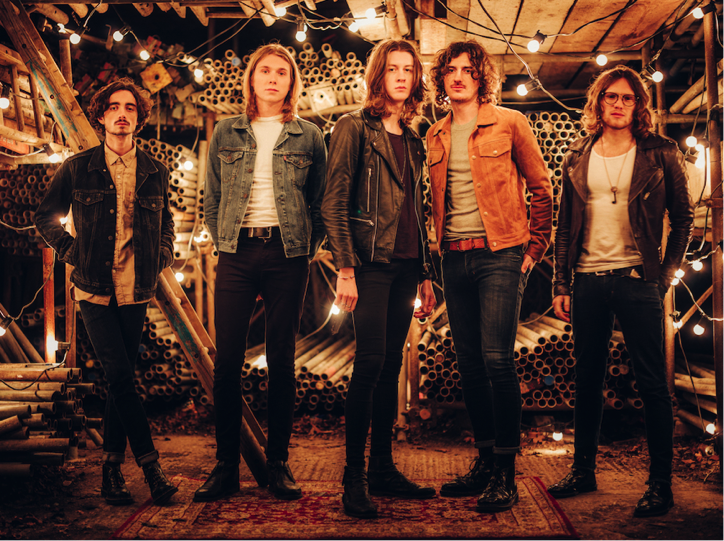 BAND’S SELF TITLED DEBUT ALBUM IS RELEASED ON AUGUST 5

Following the release of their highly-anticipated debut album, out August 5th, Blossoms will embark on a headline UK tour, taking in 11 venues across the country including London’s O2 Forum Kentish Town and The Academy in Manchester. Tickets go on sale on Friday July 29th at 10am.

Ahead of the tour, Blossoms will perform a hometown show at the Stockport Plaza at midnight on August 5th (Thursday night!). The band also recently announced two special album launch shows at Manchester’s Gorilla, one of which will be a matinee performance, on Sunday August 7th – the shows sold out in just 3 minutes.

The forthcoming self-titled album was recorded at Liverpool’s Parr Street Studios, produced by the band’s sonic mentor, The Coral’s James Skelly and Rich Turvey. The pair produced early EPs Blown Rose and Charlemagne (No 1 in iTunes Alternative Chart as well Christmas No 1 in the UK Vinyl Chart), their first release of 2016 – the dark future-glam of At Most A Kiss (No.1 in the iTunes chart) and current radio hit ‘Getaway’ (playlisted across Radio 1, Radio 2, 6 Music, Radio X and Absolute).  “James has been really important for us,” says Ogden. “He can listen to one of our songs and instinctively know what bits to push forward. He’s got an amazing ear for a good pop melody. He just brings out our best, and makes it a little bit weird in the mix as only he can. Being fans of The Coral anyway, having him produce our debut album is a perfect marriage.”

Taken from the debut album, ‘My Favourite Room’ is now available as a download for anyone who pre-orders the album. Watch the band perform an acoustic version of the song at The Great Escape earlier this year here

Blossoms are currently performing at festivals across Europe and have already appeared at Glastonbury, Field Day, Bilbao BBK, Rock Werchter, The Great Escape, T in the Park, Parklife and Isle of Wight Festival. The band will also be appearing at Reading and Leeds, Kendal Calling, Festival No.6 and more.

Tour dates for September / October below:

Tickets will be available from 10am on July 29th, please visit – http://gigst.rs/Blossoms

At Most A Kiss

Cut Me and I’ll Bleed