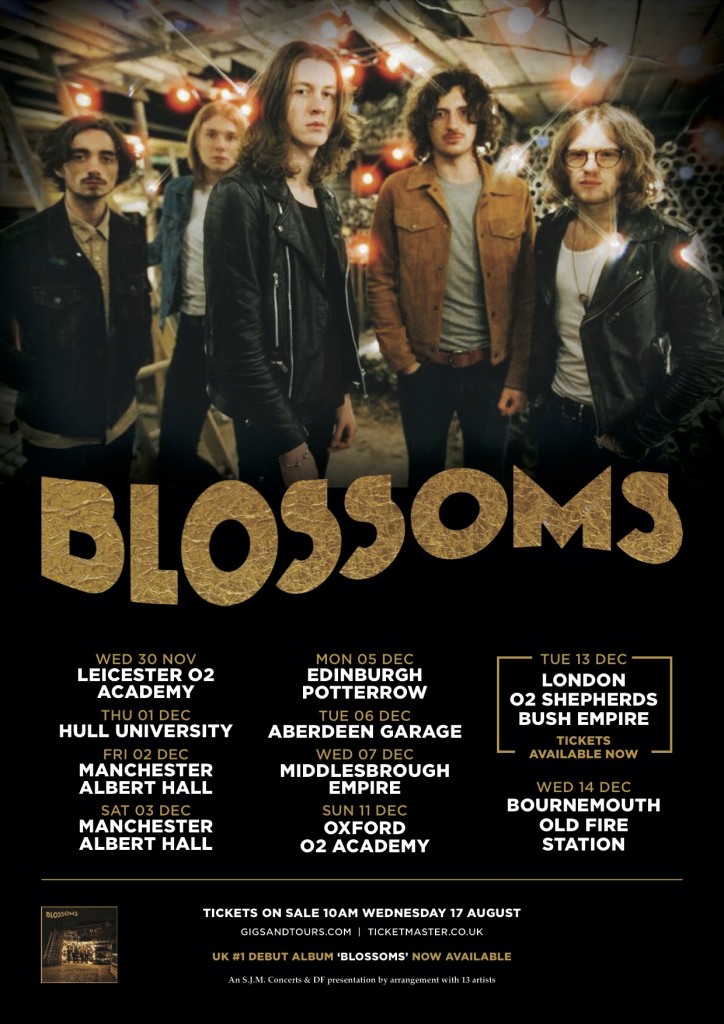 Blossoms will play a headline UK tour this November and December including a show at London’s Shepherd’s Bush Empire and two dates at Manchester’s Albert Hall.

The band are currently top of the album charts after their eponymous record debuted at number one on Friday. ‘Blossoms’ has received wide spread critical acclaim earning 4* from Mojo, NME, The Evening Standard, The Independent and more.

The past year has seen Blossoms play live to sold out venues and packed festival tents across the UK and Europe. They have already appeared at Glastonbury, Field Day, Bilbao BBK, Rock Werchter, The Great Escape, T in the Park, Parklife, Kendal Calling and Isle of Wight Festival. The band will also be appearing at Reading and Leeds and Festival No.6 as well as playing an almost sold out UK headline Autumn tour – all ahead of the newly announced November / December dates which will take in different venues and cities to the Autumn shows.

Tickets for the November / December tour will go on sale this Wednesday 17th August at 10am. Buy tickets here – http://gigst.rs/Blossoms