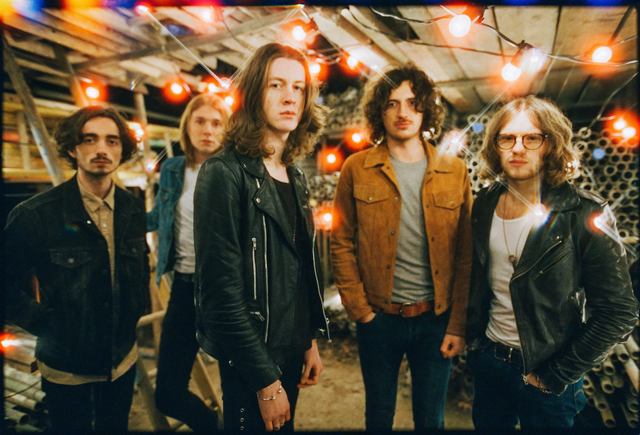 Blossoms have revealed their brand new track ‘Getaway’ which is available online now. The new song was recorded at Parr St. Studios in Liverpool with James Skelly and Rich Turvey. The single is Blossoms at their most majestic yet bittersweet – a pop song for the ages. ‘Getaway’ will also be available on 10” vinyl, which will include B-sides of ‘On The Beach At Night’ and the band’s cover of ‘In2’ by WSTRN.

The five-piece band from Stockport started 2016 by coming No.4 in the BBC Sound Poll. The new single, ‘Getaway’, follows on from the bands impressive EP ‘At Most A Kiss’ which went straight to No.1 in the iTunes chart. The title track from the EP was on the A-List at 6 Music as well as the B-List at Radio 1 and Absolute radio and the daytime playlist at Radio X.

Blossoms have just completed their biggest ever UK tour which included sold out shows at London’s Scala and Manchester’s Albert Hall. The band will be performing at various festivals throughout the UK this summer including appearances at Glastonbury, T in the Park, Reading and Leeds, Parklife, Kendal Calling, Festival No.6 and more.

The band will be releasing a limited edition 7” of ‘You Pulled A Gun On Me’ for Record Store Day on April 16th with a live B side of  ‘Getting Away With It’ – originally written and recorded by Electronic (Johnny Marr, Bernard Summer & Neil Tennant).

‘Getaway’ is available from the below: