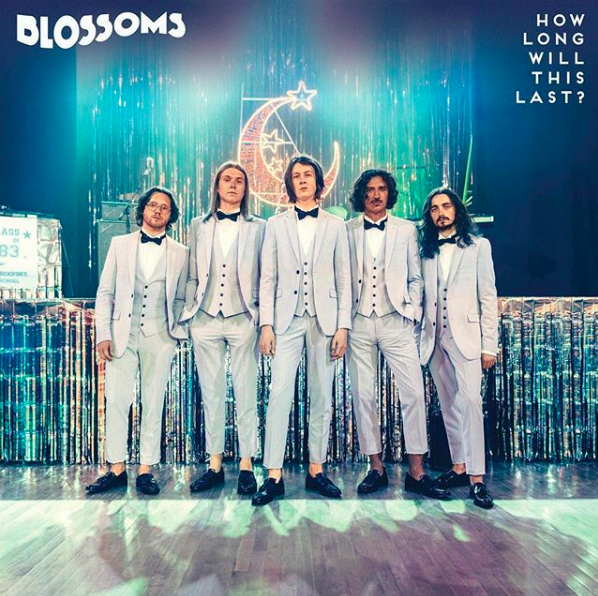 Blossoms SHARE NEW VIDEO FOR ‘HOW LONG WILL THIS LAST?’

BLOSSOMS SELL OUT THEIR ENTIRE UK TOUR IN ONE DAY, SELLING OVER 25,000 TICKETS

“As good as today’s British pop rock gets” –

Blossoms have today shared the Back To The Future-inspired video for their new single How Long Will This Last? Directed by Charlie Watts – a previous collaborator of the band, the video pays homage to the classic, 80s aesthetic associated with the film.

The track has also received a new mix from Dan Grech, who produced Liam Gallagher’s 2017 album As You Were and has also previously worked with Radiohead and Lana Del Rey.

Speaking about How Long Will This Last?, the band explain:

“We felt that we had left Honey Sweet on a little bit of a cliff-hanger, so decided it was only right to follow on from that with this video. We piled into our old high school, along with some of our old teachers and even got some of the current drama pupils involved! I think we just needed another excuse to hire a De Lorean really”.

Blossoms recently sold out their entire December UK tour in one day, selling over 25,000 tickets in the process. The tour will see them play in Glasgow, Sheffield, Nottingham, Birmingham, Bristol and Southampton, as well as two gigs at Manchester’s Victoria Warehouse and a London date at Brixton Academy.

Following its release in April, Blossoms second album Cool Like You has amassed over 18,000,000 streams worldwide. The album charted at number 4 in the UK album chart and spawned the anthemic singles I Can’t Stand It and There’s A Reason Why (I Never Returned Your Calls).