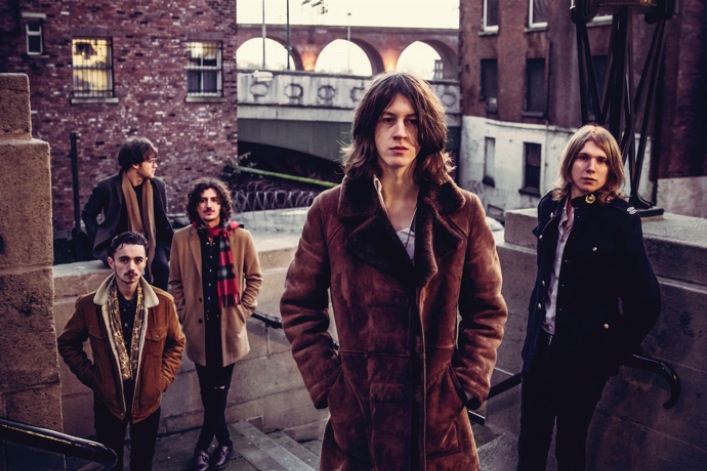 “These British rockers will blow your damn mind’. – Nylon

Produced by James Skelly and Rich Turvey at Parr St, with the lead track mixed by David Wrench (Caribou/Jungle/FKA Twigs/JamieXX)’ the EP sees Blossoms expand on their first two releases, channeling their signature style – a hybrid of psych pop and rock ‘ n ‘ roll, a sound that has seen their fan base rapidly grow.

Blossoms are a five-piece band from Stockport – who in a relatively short space of time (forming in late 2013) – have performed at festivals including SXSW, The Great Escape, Liverpool Sound City, T in the Park, Latitude as well playing two shows in Tokyo. The band will be appearing at several other UK festivals this summer including Reading and Leeds and Kendal Calling,

The band will also embark on a 13-date UK headline tour this autumn. The tour will open at Glasgow’s King Tuts Wah Wah Hut on 2nd October and includes a show at London’s Village Underground on 15th October. The tour will close on 23rd October in Manchester at The Ritz.

You can pre-order the EP here – http://po.st/BlownRoseEP