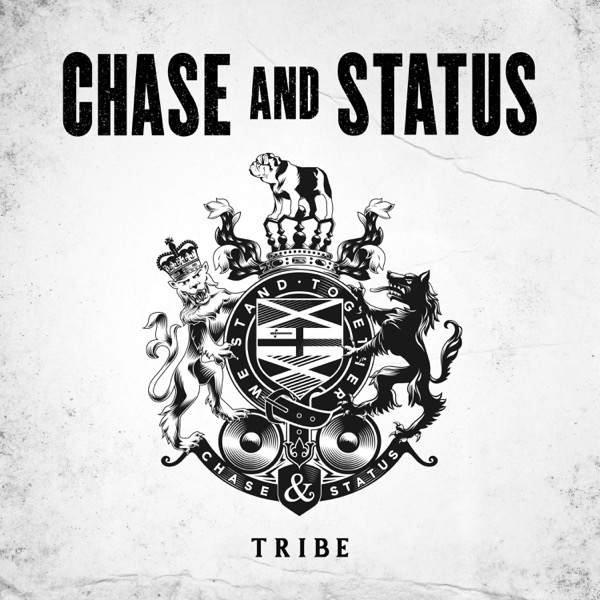 Chase And Status have announced they will release their hugely-anticipated fourth studio album ‘Tribe’ on August 18th via Virgin EMI Records. The lead single from the album, ‘Love Me More’ featuring Emeli Sandé is out now.

‘Tribe’ consists of seventeen tracks in total, all written and produced by Chase And Status and features collaborations with some incredible featured artists, all handpicked by the band.

Chase and Status’ position within the grime and UK hip hop scene is further cemented in ‘Tribe’ with key artists featuring on the album, including Kano – who collaborated with Chase & Status on their 2008 debut LP ‘More Than Alot’ and Novelist – winner of Best Grime Act at the 2014 MOBO awards. Members of up and coming South London rap collective Section Boyz swap verses on ‘Know About We’, and Bugzy Malone guests on ‘Don’t Stop’, as previewed during Chase And Status’ performance on BBC’s Later…with Jools Holland last year.

Though ‘Tribes’ highlights Chase And Status’ varied influences which underscore the band’s tastes and production styles, at the heart of the album remains their drum and bass roots, as exemplified on ‘Step Away’, title track ‘Tribes’ and epic closer ‘Know Your Name’ featuring Swedish artist Seinabo Sey.

Lead single ‘Love Me More’ was premiered yesterday on BBC Radio 1 as Annie Mac’s Hottest Record. The track features four-time BRIT Award-winning Emeli Sandé, who has released two top ten albums to date, including UK’s best-selling album of 2012, her seven-time platinum-selling debut ‘Our Version Of Events’. Previous single ‘This Moment’, released earlier this year, features on the album and was made in collaboration with Blossoms, who saw number 1 chart success with their 2016 self-titled debut LP. ‘Control’, also released this year, features highly-acclaimed punk duo Slaves. ‘All Goes Wrong’, the 2016 hit and BBC Radio 1 ‘A’ playlist single features breakthrough singer and a BBC ‘Sound of 2017’ artist Tom Grennan.

Full tracklisting for ‘Tribe’ is as follows:

Chase and Status are Will Kennard, Saul Milton and MC Rage. They are one of the most successful British bands of the past decade. Their ground-breaking debut album ‘More Than A Lot’ is certified Gold, and was followed by sophomore album ‘No More Idols’ – the second best-selling UK album by a British band in the year of its release. Having now surpassed double platinum status, ‘No More Idols’ included the smash hit UK top 5 single ‘Blind Faith’ featuring Liam Bailey, as well as UK top 10 ‘End Credits’ featuring Plan B. Chase and Status’ third studio album ‘Brand New Machine’ debuted at no. 2 in the album charts and spawned two top ten singles for the band.

Chase and Status will headline Lovebox at London’s Victoria Park tomorrow, July 15th, where they are expected to be joined by collaborators from ‘Tribe’ on stage at the festival. The performance will be live streamed via the band’s Facebook page.