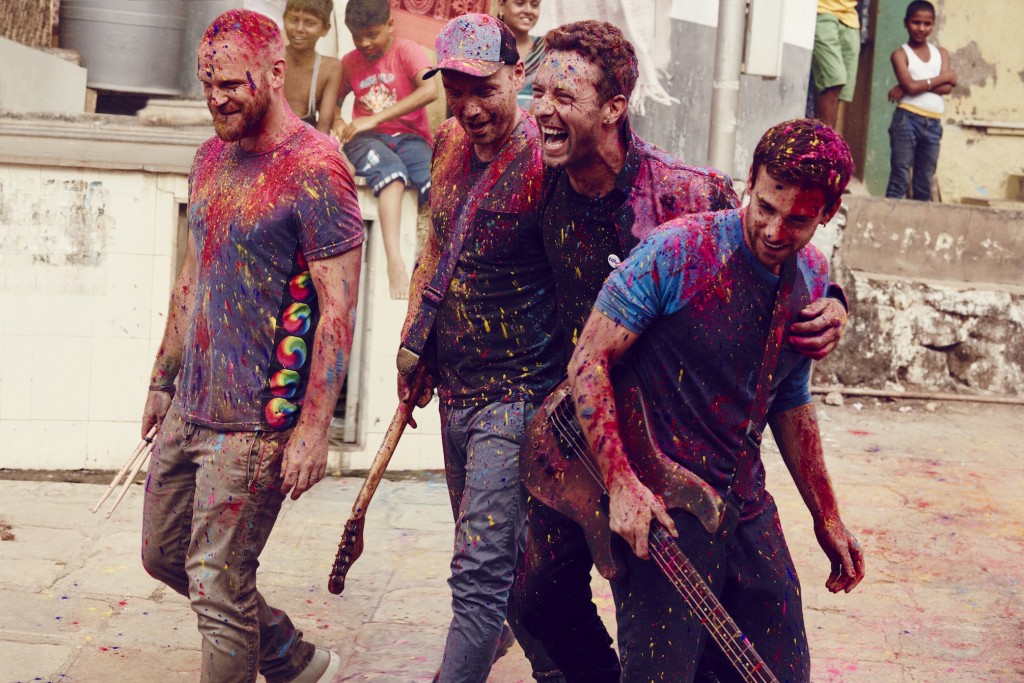 Coldplay have today revealed the amazing video for Up&Up, the anthemic third single from their current album, A Head Full Of Dreams. Watch the video here –  youtu.be/BPNTC7uZYrI.

Created by Vania Heymann and Gal Muggia, the video is a poignant, surrealist montage which alludes to contemporary issues. It also features racehorses galloping on water and a popcorn-spouting volcano.

Up&Up is the closing track from A Head Full Of Dreams, which has reached Number One on iTunes in more than 90 countries, sold more than 3.5 million copies and cemented  Coldplay’s position as Spotify’s most-streamed band in the world. The song features a host of guest appearances, including vocals from Beyoncé and legendary Gimme Shelter singer Merry Clayton, as well as a guitar solo from Noel Gallagher.

Having begun with a record-breaking run of dates in Latin America, Coldplay’s A Head Full Of Dreams tour resumes in Nice on May 24. The tour will then take the band across Europe and the US, including four sold-out nights at London’s Wembley Stadium. More than two million tickets have already been sold for the tour. Coldplay will also headline Glastonbury Festival for a record-breaking fourth time in June.