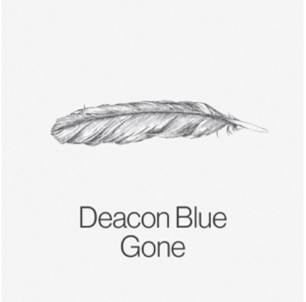 Deacon Blue return with a new single ‘Gone’ which is taken from their new album ‘Believers’ – the band’s highest-charting UK album in 23 years. The track was mixed by Ash Howes (One Direction, Ellie Goulding).

‘Gone’ is standout song in the set of the band’s current UK tour, which has seen them sell out shows across the UK and Ireland. The tour includes 3 nights in Glasgow and arena shows in Liverpool and Aberdeen, as well London’s prestigious Royal Festival Hall. Over the course of the 3-week tour, the band will play to over 45,000 people.

The band recently announced their biggest headline show of 2017 at the legendary Edinburgh Castle, which is now sold out.

Ricky Ross, the band’s lead singer commented: “It’s great to be out on the road playing songs from “Believers”, as well as a few older ones too. It’s our fans who make this happen and we love them for it.”

2017 will see the release of ‘Deacon Blue Live at the Barrowland Ballroom’, the band’s first live DVD & Blu-Ray release. Filmed at Glasgow’s famous Barrowland Ballroom, which the band return to for the first time since 1994 to perform an exclusive, intimate show at the end of their current tour.

‘Gone’ is taken from ‘Believers’ the band’s 8th studio album and consists of 12 tracks, written or co-written by Ricky Ross. The record was produced and mixed by producer and friend Paul Savage (Mogwai, Arab Strap, The Twilight Sad, Wu Lyf) who previously worked with the band on ‘The Hipsters’. Two tracks were mixed by Grammy award winning Michael Brauer (Coldplay, John Mayer)