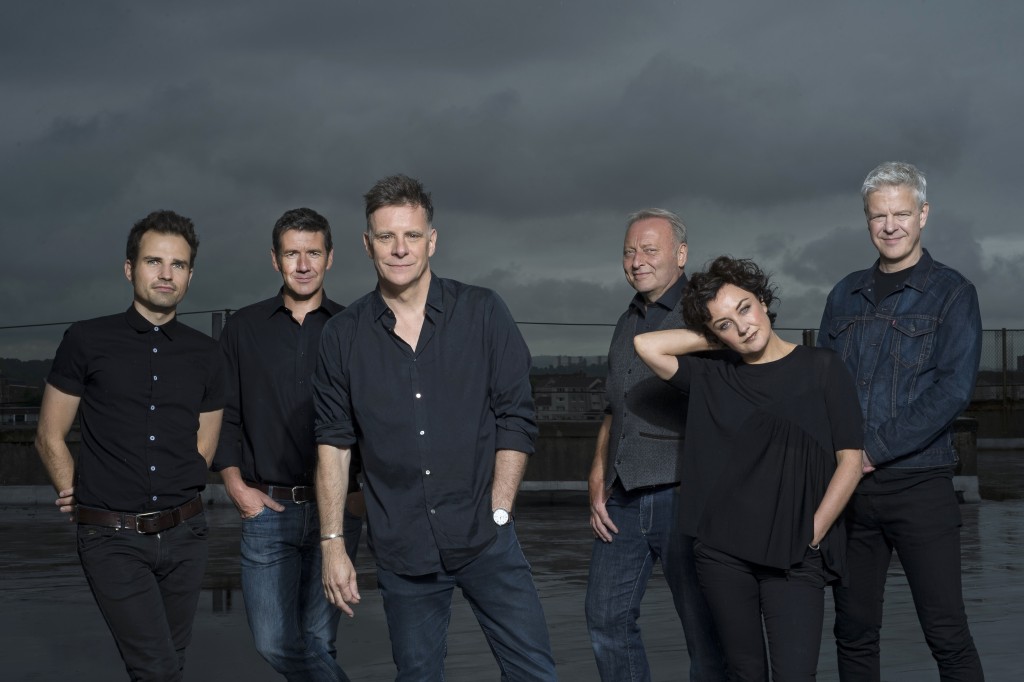 THE RECORD, THIRD PART OF AN ALBUM TRILOGY WHICH BEGAN WITH ‘THE HIPSTERS’ IN 2012, IS PREFACED BY THE SINGLE ‘THE BELIEVERS’ WHICH IS RELEASED ON AUGUST 12

Deacon Blue further their huge creative and commercial renaissance with the release of their brand new studio album, ‘ Believers’ on September 30.

‘Believers’ is the third part of a trilogy begun with ‘The Hipsters’ in 2012 and continued with ‘A New House’ in 2014. As such it continues a songwriting trajectory that is both rich, idiosyncratic and sharply honed – and inevitably coloured by a sense of urgency to make sense of recent events, both personal and global.

First single ‘The Believers’ is a song reflecting, in part, on the scenes of despair among refugees attempting to cross the Mediterranean and elsewhere – but nevertheless cast as an anthem of hope.

Ricky Ross says: “The song which starts off the whole album is ‘The Believers’. It’s our statement  that belief in the possibilities of hope and a better tomorrow is the side we choose to come down on. We once covered the mighty protest song, ‘Which side are you on -’ a pressing question in today’s political climate. This record is our best answer’”

Expanding to talk about the album, Ross continues; “You try to write something that would be good enough if it turned out to be the last thing you did. When you’re young you think ‘There’s plenty more records I can do.’ It’s not so urgent somehow. There are still plenty more records that I want to make. But I might not get time to do them all. That’s a thought that certainly pulls the songwriting into focus.”

‘The Believers’ is the band’s 8th studio album and consists of 12 tracks, written or co written by Ricky Ross.  The record was produced and mixed by producer and friend Paul Savage (Mogwai, Arab Strap, The Twilight Sad, Wu Lyf) who previously worked with the band on ‘The Hipsters’.  Two tracks were mixed by  Grammy award winning  Michael Brauer (Coldplay, John Mayor)

Deacon Blue’s first album ‘Raintown’ was released in 1987 to massive critical acclaim and went on to achieve a million sales. The album was quickly followed up with their number one, double platinum album ‘When The World Knows Your Name”. Since then the band have sold over 7 million albums worldwide.

Ricky  Ross says of the album trilogy now completed with the new record:  ‘The Hipsters’ was about the band – my love letter to Deacon Blue. Our last album ‘A New House’ was about our country, Scotland. This album is about the journey we all take into the dark. You come to that point in your life where – whatever you’ve been told, whatever the evidence you’ve been presented with – you just don’t know what the answer is. At which point you can only rely on instincts of your heart. You either take the leap or you don’t.

It’s been a journey. I started the tentative writing process in December 2014 and carried it on until May this year. In that time lots of things in the world have changed.”

A very special box set of the album will also be available containing;

When Will You (Make My Telephone Ring)?

Town To Be Blamed

Love Of You / Ain’t That Good News

Including exclusive download, unreleased track, You Don’t Understand, recorded live in 1989, and mastered for this release

The tracks relating to the album range from Ricky’s very early Dictaphone recordings, through to the full demo versions used for reference in the recording sessions, all giving fans a unique insight into the making of ‘Believers’.