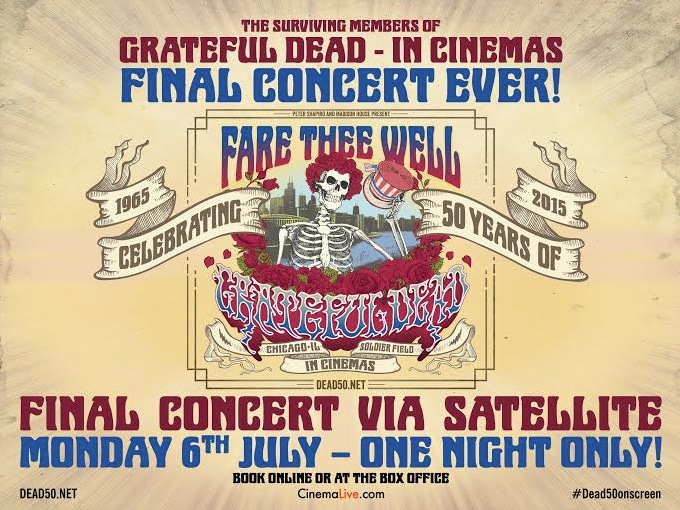 This special celebration will be broadcast via satellite to over 250 cinemas in the UK on Monday 6th July, nearly 20 years to the day of the last Grateful Dead concert with Jerry Garcia, which took place at the same venue in 1995.  The 5th July concert will be the last time the band will play together.  The Soldier Field concerts received overwhelming fan response with more than 500,000 mailer order ticket requests received earlier this year.

Fans can purchase tickets for the screenings via CinemaLive’s website www.CinemaLive.com

The four original members – Hart, Kreutzmann, Lesh and Weir – will be joined by renowned musicians Trey Anastasio (Phish and the Trey Anastasio band), Jeff Chimenti (Ratdog, The Dead and Furthur), and multiple GRAMMY-winner Bruce Hornsby. The group will perform two sets of music.