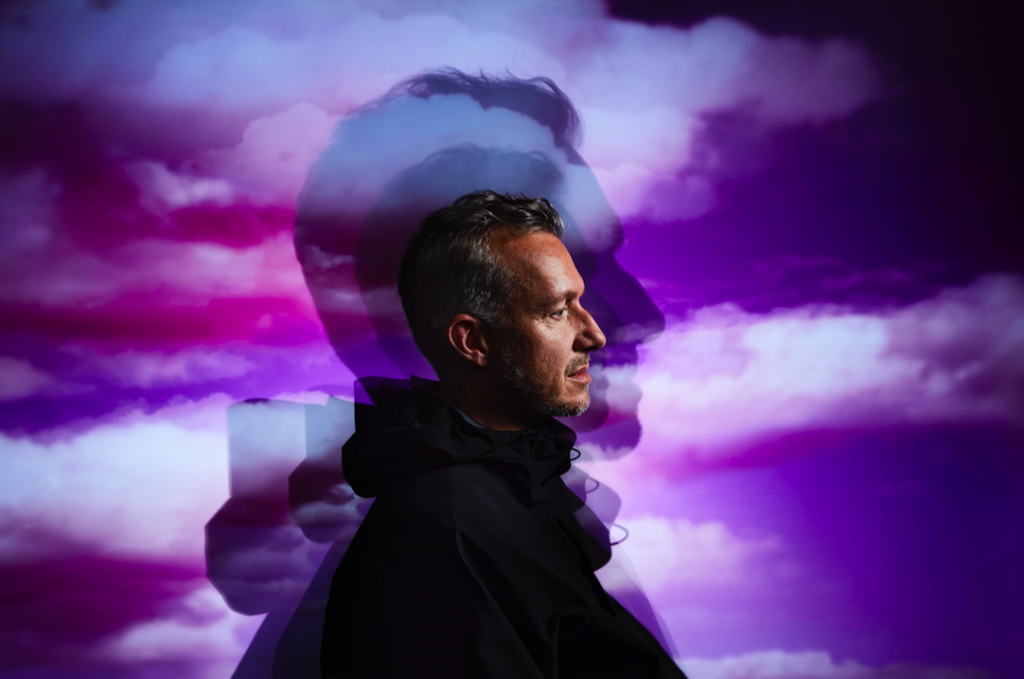 WATCH THE VIDEO FOR CHILDREN OF THE INTERNET FEATURING DAVE HERE

Also released today is the new video for recent single Children Of The Internet, featuring acclaimed British rapper Dave. The visually hypnotising, animated video includes Ori Toor’s illustrated portraits of Dave and was created in partnership by 1983 Creative, Ori Toor and Pentagram Design, the team responsible for the creative and visual side of the Future Utopia project.

12 Questions features an incredible array of guests including Stormzy, Dave, Kano, Ghetts, Bastille, Es Devlin, Katrin Fridriks, Simon Armitage, Arlo Parks, Alysia Harris and former Black Panther, Albert Woodfox. The album is based on a series of twelve universal, human and urgent questions, each of which is posed by Fraser to a different collaborator. The questions are born of Fraser’s own anxieties concerning topics such as faith, freedom, race, gender, wealth, equality and ecology. The album runs as a continuous composition, with clear delineation between each of its twelve questions.

As a producer for some of music’s biggest names, Fraser T Smith has a remarkable track record. He has worked with the likes of Adele, for whom he co-wrote and produced the Grammy winning single Set Fire To The Rain(2011), as well as Stormzy, whose BRIT Award winning debut album Gang Signs & Prayer (2018) Fraser wrote on and produced. Fraser also contributed to Stormzy’s second album Heavy Is The Head (2019), reaching the number one spot on both the UK Official Singles and Albums Chart in January 2020. Fraser worked with Dave to co-produce his Mercury Prize winning debut album Psychodrama (2019) and accompanied Dave for an electrifying performance of his track Black at this year’s BRIT Awards. It is this catalogue of work that has seen Fraser become one of the most in demand creators in contemporary music today.

12 Questions is out now via Platoon/70Hz.

How Much Is Enough? feat. Kojey Radical

What’s In A Name? feat. Dan Smith of Bastille

Why Are We So Divided, When We’re So Connected? feat. Es Devlin

How Do We Find Our Truth? / The Other Side feat. Stormzy, Beatrice Mushiya

Is It Too Late To Save The Planet? feat. Katrin Fridriks

What Happens Next? / Way Back When feat. Lafawndah

Nature or Nurture? / Am I Built Like This? feat. Jelani Blackman, Ghetts

What Matters Most? feat. Arlo Parks

Set up by Co-Founder and C.E.O. Denzyl Feigelson in 2016, Platoon landed its first success with BRIT Award winner Jorja Smith’s Blue Lights before fueling the explosion of Billie Eilish in 2017—migrating her from Soundcloud to stardom. By Apple’s 2018 acquisition of Platoon, the team consisted of 12 employees across London and Cape Town’s “Creative Lab,” while recent signings include Princess Nokia, Poo Bear, Aaron Smith, Victoria Monét, Marian Hill, and Cosima. Both offices boast 24-hour recording studios and double as inspiring ecosystems for artists to openly collaborate and create, in addition to classes for recording, filming and editing.