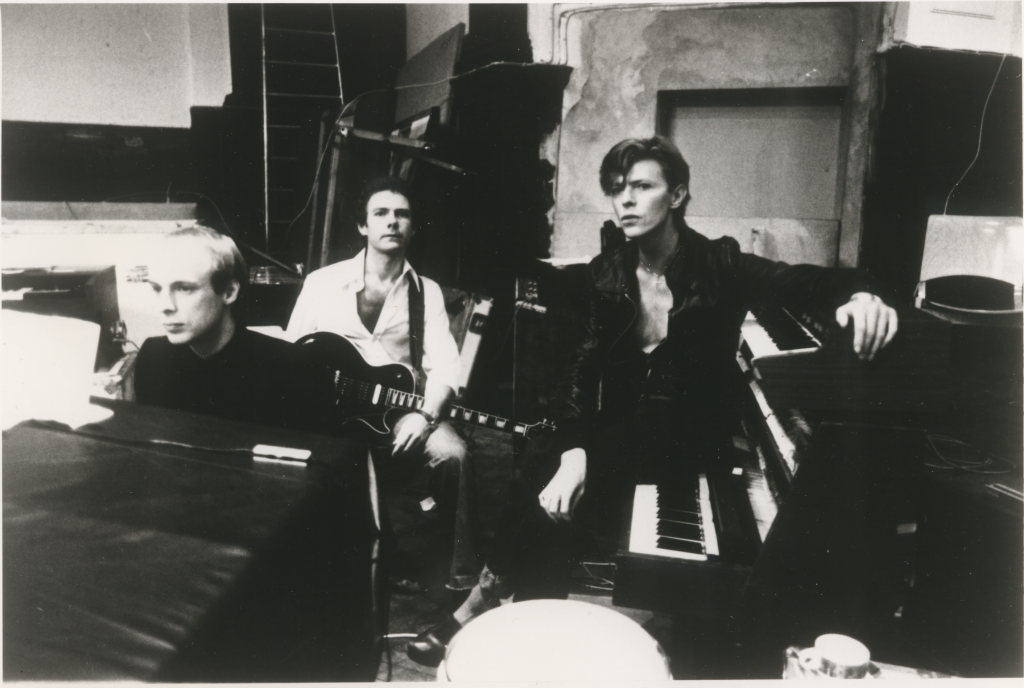 A LANDMARK SKY ARTS DOCUMENTARY FILM ON THE ICONIC BERLIN RECORDING STUDIO WHERE DAVID BOWIE, IGGY POP, DEPECHE MODE, U2, R.E.M AND MANY MORE RECORDED SOME OF THEIR MOST TIMELESS MATERIAL

‘Hansa Studios: By the Wall 1976-90’ is a brand new, feature-length film by Mike Christie documenting the historical, cultural and artistic significance of Hansa Studios – an iconic music recording studio complex situated in Berlin. The film will be first broadcast on Sky Arts on 10th January 2018, two days after David Bowie’s birthday and on the second anniversary of his death.

The iconic Hansa Studio is situated in Berlin’s Potsdamer Platz – virtually alone in a wasteland in West Berlin during the 1970s and 80s, mere metres from where the Berlin Wall once stood and at the very edge of the western world. Within its walls, David Bowie created his timeless 1977 albums ‘Low’ and ‘Heroes’ – his albums made in collaboration with Brian Eno. It was during this Hansa period that the phrase was coined: “There’s Old Wave. There’s New Wave. And there’s David Bowie…”. U2 recorded ‘Achtung Baby’ at Hansa, and Iggy Pop’s celebrated tracks ‘Lust For Life’ and ‘The Passenger’ were also recorded there, as were career defining albums by Depeche Mode, Nick Cave and The Bad Seeds, Siouxsie and the Banshees, R.E.M., Supergrass and many more.

With unprecedented access to artists, engineers and producers, as well as the studios and its evocative archive, this film tells the story of how the studio – previously famous for being a domestic German pop hit factory – came to define a sound for an entire generation.

Directed and Produced by: Mike Christie

Mike Christie is an award-winning director who specialises in arts and sport. His extensive body of work includes many high-profile, ground-breaking titles amongst his eighty documentaries for broadcasters Channel 4, BBC and Sky, alongside many films and commercials for brands and events including Apple, Red Bull and London 2012 Ceremonies. Mike’s career began in the music industry – working with bands including Suede and Pet Shop Boys in the 90s, before turning his hand to broadcast. Perhaps surprisingly, Hansa Studios: By The Wall is his debut, music documentary.