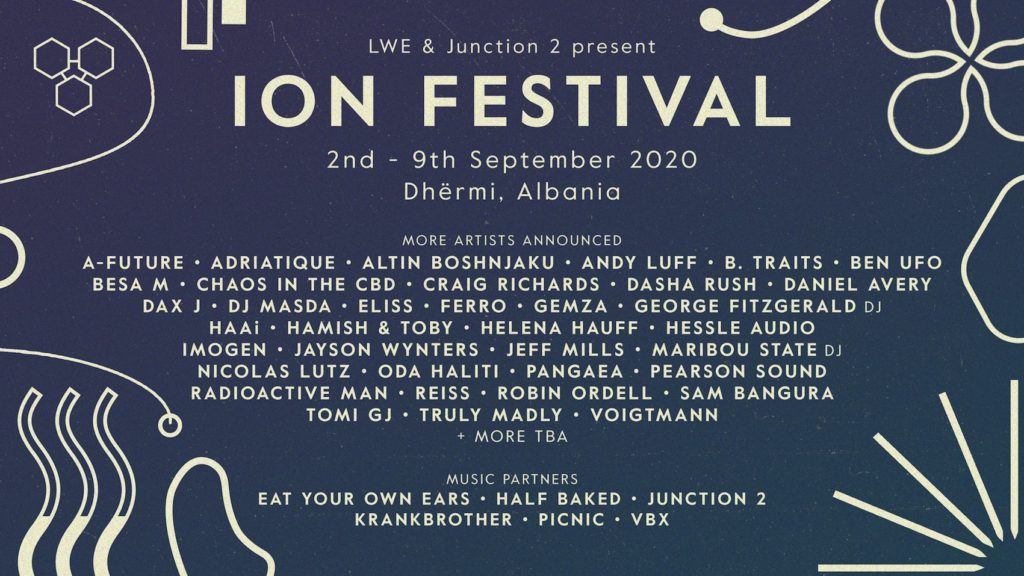 ION Albania has today revealed a new raft of names for its inaugural festival in Dhërmi between 2-9 September. The new names announced today include Craig Richards, Adriatique, Chaos in the CBD, George Fitzgerald and HAAi.

Craig Richards’ ability to soundtrack both sun-drenched afternoons and heady nights makes him a perfect figurehead for the festival, while the four laser-focused eyes of DJ duo, Adriatique will bring some late-night hypnosis to ION’s dancefloors, with their blend of dramatic electronic music.

Chaos in the CBD have developed their own cult following for their deep, vibrant house music, while George Fitzgerald’s ability to create heartbreakingly emotional melodies has given him a reputation as one of house’s most dynamic DJs. Joining them all will be HAAi, a young Australian whose phenomenal last few years have catapulted her into the global spotlight.

Digging into the worlds of acid and electro will be Adam Shelton aka A-Future, while Radioactive Man will bring jagged electro and bass to the Dhërmi coastline. Breaks and nonlinear techno will come from Russian breakthrough, Dasha Rush, the razor-edged IMOGEN and Jayson Wynters.

In conjunction with one of ION’s music partners, VBX, Ferro will provide his organic take on mesmeric minimal and fellow VBX label mate Reiss, will also be on hand with trippy vocals and smooth instrumentation. Robin Ordell will be joined by Half Baked Records associate Sam Bangura, who cuts a slick line through lush house and snappy breakbeats.