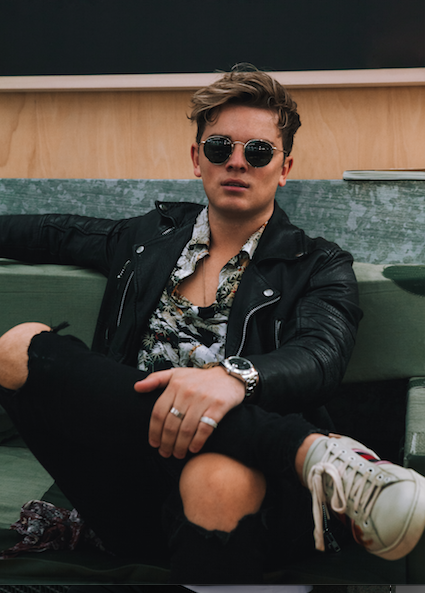 Jack is one of the UK’s leading social influencers and is represented by Gleam Futures.

Jack is 22 years old, soon to be 23, he grew up in Brighton, and currently lives in South London.

In just over a year on YouTube, he has totaled an incredible 1.2 million subscribers, with over 99.9 million views to date. Jack has 714k followers on Instagram.

As well as being a vlogger, Jack is a DJ, former personal trainer, plus one half of music group GOAT alongside brother Conor Maynard.

GOAT sees Jack and Conor join forces for tracks such as the newly released ‘First Car’ Jack says: ‘We write and produce parody tracks in line with ordinary life moments or ‘problems’. For example, our latest track is all about getting your first car, and although (in some cases) it may be a slightly knocked about and old – you feel pretty big time, as if you could be driving around in a lamborghini!’

Jack is a keen music fan and counts Diplo as his main influence ‘from the moment I watched Diplo perform at a club, I knew Djing was something I wanted to crack into. My fail safe track is Drake, in any scenario… it always goes down well!’

Despite being one of YouTube’s most well known entertainers, Jack has only had one prank go wrong – ‘I once trapped Mikey Pearce in a toilet because I convinced him there was a rat running around the house. As revenge, and to make me stop- he tweeted my number!’

Jack has 11 tattoos – ‘each have a personal meaning and a few are life mottos I choose to live by – I had my first at the age of 18 and the last in summer this year, an inscription on my thigh. I will definitely be getting more!’

Jack is currently single and counts a good sense of humour (laughing at his jokes) but mainly ambition as the most important trait in any potential partner.

His biggest fear is spiders, his biggest nightmare? ‘Being buried alive in some sort of spider grave!’

Jack is a keen fashion fan and counts his favourite brands as Saint Laurent, Topman, Zara, Gucci, Sandro Paris, All Saints and the Kooples.