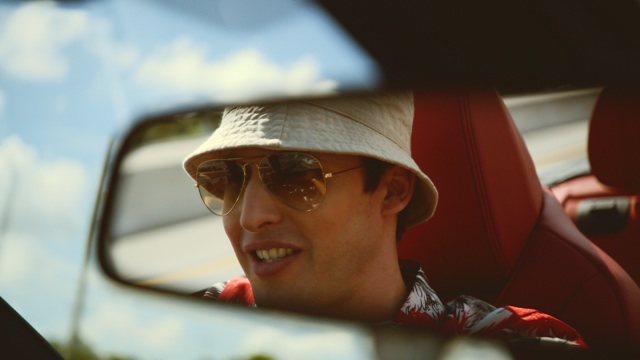 JAMES BLUNT WILL RELEASE ‘POSTCARDS’ ON MAY 19

JAMES BLUNT WILL RELEASE HIS NEW SINGLE ‘POSTCARDS’ ON MAY 19

HE IS CURRENTLY ON AN EXTENSIVE WORLD TOUR, WITH UK DATES BEGINNING ON APRIL 14 – INCLUDING A NIGHT AT THE ROYAL ALBERT HALL ON APRIL 19.

James Blunt will release his new single ‘Postcards’ on May 19. The track is taken from his fourth, gold-selling album ‘Moon Landing’, which received critical acclaim and impressive sales figures, entering number two in the UK, when it was released last year.

The accompanying video for ‘Postcards’ is a playful, ironic take on the classic glossy music video, and another example of James’ razor-sharp wit. It features sports cars, scantily clad women and even a hovercraft; plus a reference to James’ breakthrough hit single ‘You’re Beautiful’.

James said: “Look out for the girl walking past in the middle of the video – she was a journalist who’d interviewed me the day before. I’d asked if she’d like to be in the video, but the director said there was no space for her in the script… So we decided to just stop the video halfway through and have her walk past to the tune of You’re Beautiful.” James is currently on his world tour, which continues throughout the year.

Remaining tour dates are as follows: