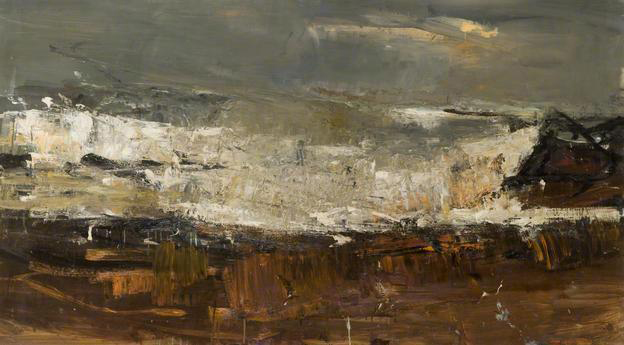 Joan Eardley was born in Sussex in 1921 but her family moved to Glasgow in 1940. In 1952 she started to paint local children and their poverty stricken environment and also visited Catterline, a small coastal village in the North East of Scotland. Children and Catterline were to become the subjects which defined her painting. Often lazily called ‘the Scottish Turner”, Eardley carved her own niche and is now considered to be a hugely influential figure in Scottish art. Her portraits of Glasgow slum children and their grimy surroundings capture a world which was rapidly disappearing whilst her pictures of Catterline and the sea have a unique, magisterial and raw power. If Eardley happened to be in Glasgow when told of an approaching storm in Catterline she would leap on her motorbike and race up the country, set up her easel by the water’s edge and capture the heart of the elements. She died of cancer in 1963 at the age of 42, an outstanding artist who would go on to receive posthumous recognition as one of the greatest of her generation. Her ashes were scattered on the beach at her beloved Catterline.