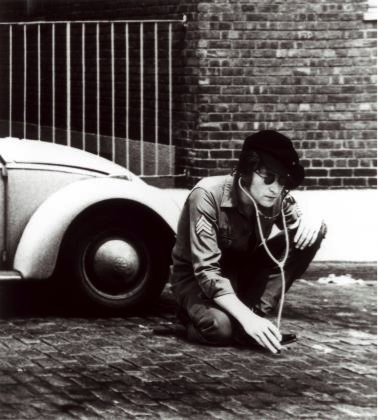 London – October 7, 2014 – In celebration of John Lennon’s 74th birthday on October 9, eight essential studio albums, two compilations, and the acclaimed John Lennon Signature Box are making their high definition digital audio debuts.  All of the titles have been digitally remastered in high resolution digital audio for the first time from John Lennon’s original mixes and are available worldwide via Universal Music Group for purchase from all major hi-res digital audio providers.

John Lennon is one of the world’s most celebrated songwriters and performers of all time.  Lennon has been posthumously honoured with a Lifetime Achievement GRAMMY® Award and two special BRIT Awards for Outstanding Contribution to Music, and he has been inducted into the Rock and Roll Hall of Fame and the Songwriters Hall of Fame.  In 2008, Rolling Stone ranked him in the Top 5 of the magazine’s “100 Greatest Singers Of All Time” list.