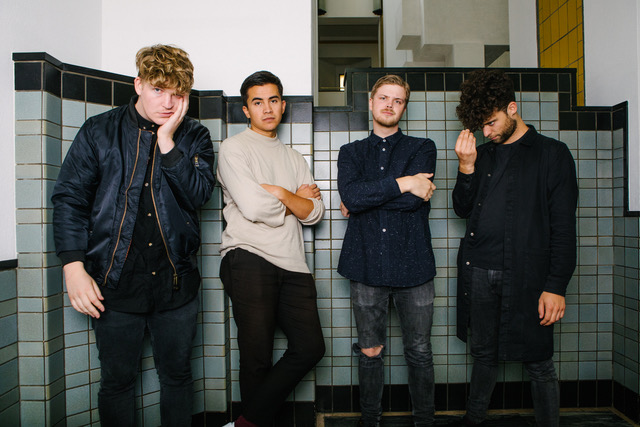 KLANGSTOF WILL PLAY LONDON’S THE LEXINGTON ON 21ST NOVEMBER

Klangstof have released their new single ‘Resume’. The track is the second piece of new music taken from the band’s upcoming EP ‘Everest’, due out on the 3rd of November. LISTEN HERE

‘Resume’ was the first piece of music that the band wrote together with their current lineup and serves as a response to President Trump’s travel ban. Frontman Koen Van De Wardt explains:

“I was checking the news on my phone that day and all I could feel was hatred, fear and sadness.

I didn’t want Resume to feel like a protest song though. I mean, we’re Dutch – we have our own problems.

What I have always loved about art is that it brings people together that would never have come together in any other situation. You feel connected and that is so important as a human being”.

The last eighteen months have been a defining time for the band. Following the release of their excellent debut album ‘Close Eyes To Exit’ in September 2016, they have toured around the globe with The Flaming Lips, Miike Snow and Jagwar Ma, as well as becoming the first Dutch band to play Coachella. In February, Klangstof took home the award for Best Alternative Act at the Edison awards, the Dutch equivalent of the Grammys.

Klangstof are currently on an extensive European tour, which includes a show at London’s The Lexington on the 21st of November, their biggest UK headline performance to date. Full dates on the band’s website below.