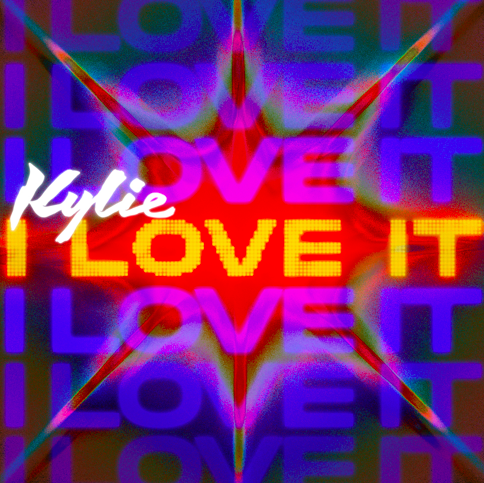 ‘DISCO’ WILL BE RELEASED ON NOVEMBER 6

‘KYLIE: INFINITE DISCO’, A PERFORMANCE SPECTACULAR, WILL BE STREAMED ACROSS THE GLOBE ON NOVEMBER 7

Kylie has today revealed, ‘I Love It’, a brand new album track from her forthcoming record, ‘Disco’, which will be released on November 6.

‘I Love It’ features classic ‘70s disco beats, Kylie’s unmistakable vocals and a chorus made for the dance floor. Sure to be a fan favourite, the track is the third song taken from Kylie’s 15th studio album, ‘Disco’, due out next month. Kylie recently revealed the full track listing for the record:

‘Disco’ is the first new album from Kylie since her 2018 album ‘Golden’, which hit Number 1 in both the UK and Australia. Collectively, Kylie’s singles have spent over 300 weeks in the Official UK Singles Chart Top 40 and she has sold more than 80 million albums worldwide. Kylie has multiple awards and accolades to her name, including 3 BRIT Awards, 2 MTV Music Awards and a Grammy. Her 2019 Glastonbury performance was the most-watched TV moment in the festival’s history.

Also released today is a new remix of ‘Magic’, by Nick Reach Up which joins the Purple Disco Machine remix for the same track.

On November 7 Kylie will stream a ticketed performance across the globe, taking fans on a journey inside her imagination to another dimension. ‘Kylie: Infinite Disco’ will take viewers through a parallel universe from solitary isolation to an alternative euphoric dance floor community of togetherness. The visual world imagined by Kylie and the creative team at Studio Moross and Sinclair / Wilkinson ends in a future time and place where we can, in Kylie’s words, “all be as one again”.

The stream will commence at the following local times on 7 November, with fans able to choose whichever stream they prefer.

Tickets for the 50 minute spectacular are on sale now – buy tickets here: https://kylie.lnk.to/tickets