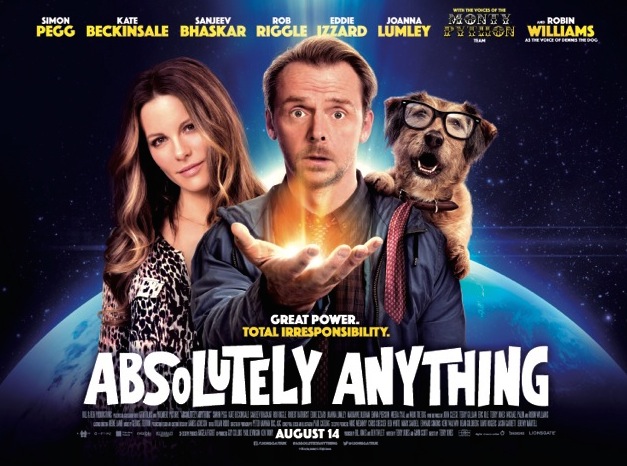 See the video for the track here: https://www.youtube.com/watch?v=FrSTw4D1348

‘Absolutely Anything’ is a British science fiction comedy film directed by Terry Jones (his first directing role in almost 20 years) and written by Jones and Gavin Scott. The film stars Simon Pegg and Kate Beckinsale, amongst a host of other luminaries including Sanjeev Bhaskar, Meera Syal, Eddie Izzard and Joanna Lumley.  In a hilarious tale, Simon Pegg’s character becomes all-powerful, suddenly finding he has the ability to do anything he wishes, a challenge bestowed on him by “the intergalactic counsel of superior beings” who are deciding on whether or not to eliminate Earth. The film also features the voices of Michael Palin, Terry Jones, Terry Gilliam, John Cleese and Eric Idle.  It is the first film to feature all living Monty Python members since ‘Monty Python’s The Meaning of Life’ in 1983.

Kylie said of recording the track, ‘Growing up in Australia, Monty Python thrilled, baffled and entertained my entire family.  I’m such a fan.  So, to record the theme song for (Python) Terry Jones’s ‘Absolutely Anything’ was a great honour.’

Director, Terry Jones commented, “I was thrilled Kylie recorded the film’s end title song, she’s not as small as everyone says she is.”