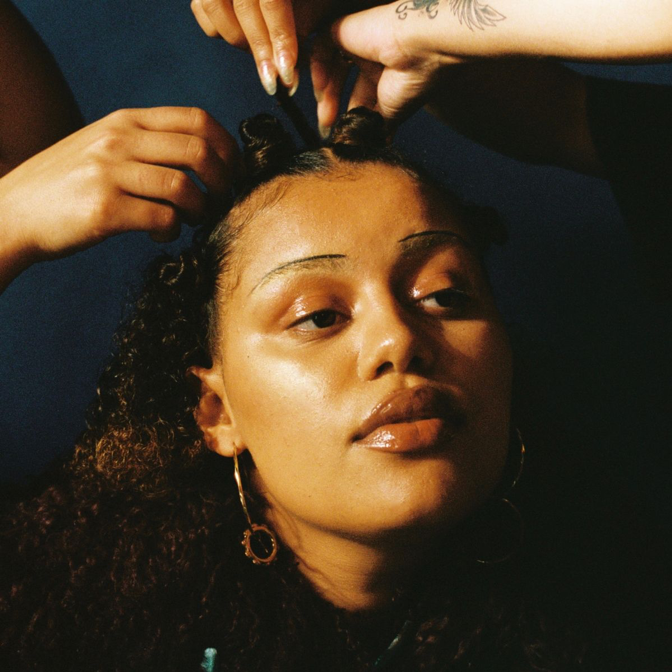 “’Brown Girl Diary’ is a mixtape that reads like pages from my diary with Canto’s unique production style incorporated into it. It’s a collection of my emotions, moods and happenings as a brown girl. It’s pages from my diary and maybe yours as well.”

‘Brown Girl Diary’ is a seven-track mixtape created by Lil Halima with Swedish producer Canto. Each track is meant to depict a moment in the 21-year-old artist’s life, from ‘Block Down’ – a stand-out track about growing up mix-raced in a small village in Norway, to ‘Booty’, a light-hearted track about fleeting summer romances that British Vogue described as ‘the kind of song you can’t help but move to’. The mixtape also contains single ‘911’ and Lil Halima’s first song in her native language of Norwegian, titled ’10 hint 10 ganger’.

Also released today is a ‘Brown Girl Diary’ video created by Lil Halima herself and art collective 8392. Following the personal themes of the mixtape, each piece of the video relates to a track, representing pages from Lil Halima’s diary. On the making of the video, Lil Halima said: ‘I wanted to show off some of my friends – a lot of brown girls, each with their own story’.

Since her debut EP in October 2018 titled ‘love songs for bad lovers’, Lil Halima has received a nomination for a Norwegian Grammy and the coveted Nordic Music Prize, released two conceptual EPs (‘for the dark days’ and ‘for the bright days’) to widespread acclaim, and finished her first European tour. Lil Halima is heavily involved with every element of her music, from the songwriting to the production and visual elements of her music videos – often directing them herself.

‘This is the kind of song you can’t help but move to; Lil Halima’s angelic voice will have you dancing in seconds. One of her latest tracks, recorded in the peak of summer, she beautifully captures the sunshiny essence we’re all beginning to miss.’ – British Vogue on ‘Booty’

‘There’s a sense of vulnerability and of empowerment at the core of Lil Halima’s songwriting, as her lyrics and crystalline vocals are frankly personal whilst purveying, and delivered with, a certain self-assurance and confidence’ – London In Stereo

‘Lil Halima crafts such a smooth, silky blend of pop-infused R&B that listening to her music feels like melting into a blissful reverie’ – London In Stereo