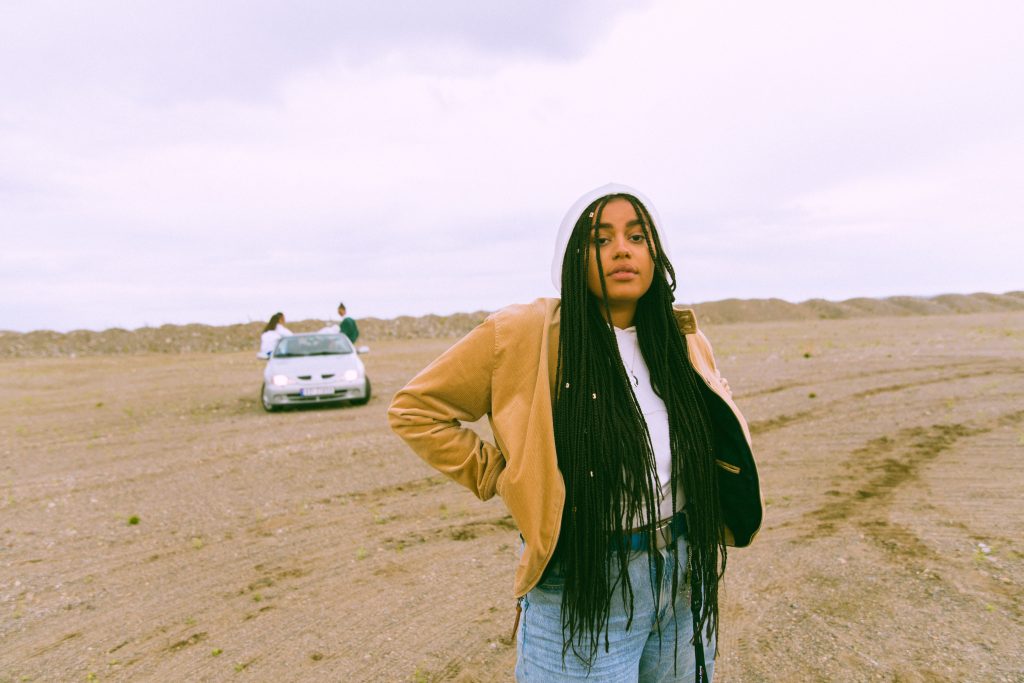 ‘Jasmine’ is a dreamy, synth-filled track that showcases Lil Halima’s ability as a lyricist and story teller at its very best. It shows Lil Halima taking on the heated narrative of someone whose significant other has found a new lover, named Jasmine. In the track, Lil Halima draws on her musical influences of Kenyan and American hip-hop for the track – infusing smooth R&B beats with unconventional hip-hop.

Lil Halima says of the track:

‘Jasmine is about being a little too jealous. I don’t hate Jasmine, I’m just really, really jealous. It´s an inner conflict’

‘Jasmine’ is Lil Halima’s third track to be released, following ‘Train’ which was released earlier this summer and ‘Abstract’, which was coined ‘a well-crafted concoction of alternative pop’ by i-D.

Lil Halima is a multi-talented artist from Bardu, Norway. She is hands-on with her work – writing her own music and working closely on the production of each track. Lil Halima also works as a visual artist and has created all of her single covers to date.

Lil Halima will release her debut EP ‘lovesongs for bad lovers’ out on 12th October via Universal Music and Def Jam Recordings Norway. She will be holding an art exhibition and solo show to coincide on 10th October in Oslo, Norway.