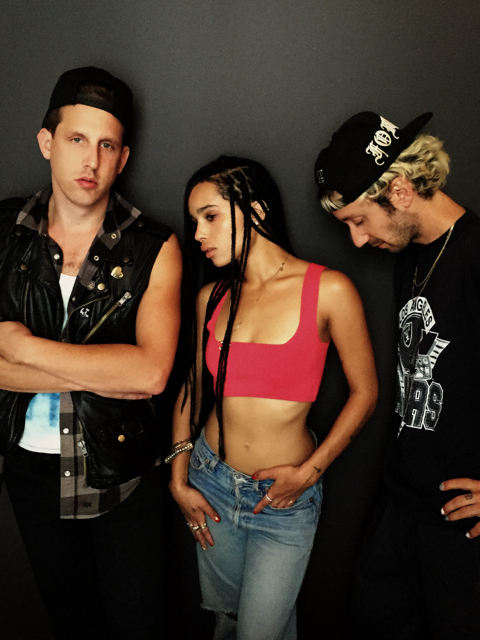 THE TITLE TRACK FROM THE ALBUM WILL BE RELEASED ON THE SAME DAY.

FOLLOWING TOURS WITH MILEY CYRUS AND LILY ALLEN THEY ARE CURRENTLY SUPPORTING WARPAINT IN THE US.

LOLAWOLF is a trio from New York featuring the talents of Zoe Kravitz backed by Jimmy Giannopoulos and James Levy from Reputante.

The band will release their debut album ‘Calm Down’ on November 17, with the title track being released on the same day.

and ‘AYO’ (video directed by Trouble Andrew), are both available to download now.

Fresh off a run of shows opening for Miley Cyrus in Australia and Lily Allen and BANKS in the U.S., LOLAWOLF are currently on the US West Coast for a string of shows with Warpaint.

‘Calm Down’ is produced by Jimmy Giannopoulos and was recorded earlier this year in the Bahamas and Las Vegas. The full length is a follow up to the band’s critically acclaimed debut EP released earlier this year with The 405 describing it as “five rad tracks that are both aggressive and affectionate” 9/10