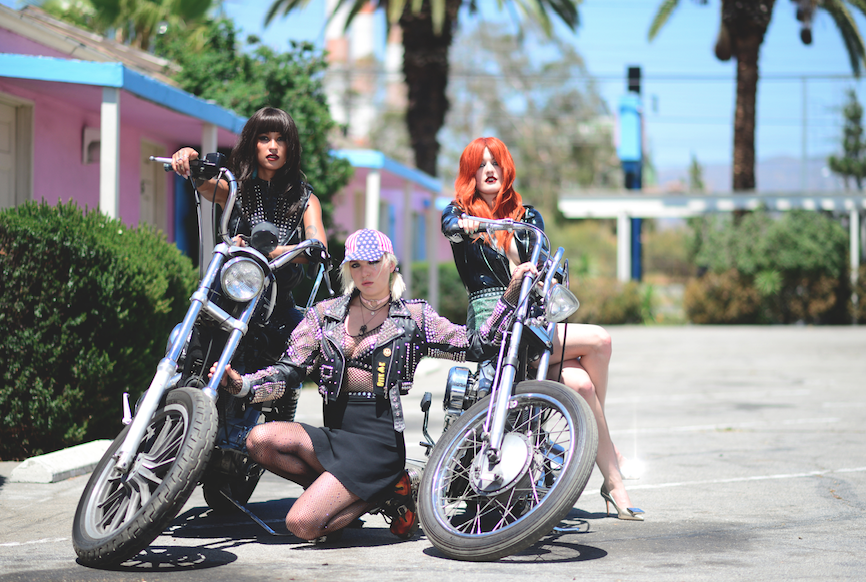 “A technicolour slice of playful, experimental pop in the vein of Santigold, Toronto musician Lowell’s debut is one of the month’s most exuberant.” – NME

“Lowell makes user-friendly, irresistible pop music from an expressly feminist perspective, and she wields many tools to do it. If she’s rebellious, then she’s the world’s first freedom fighter to come armed with pom-poms.” – NPR Music

Available on August 21st, ‘Ride’ will be released through Interland Music / Sony Red. The track is an emphatic feminist pop anthem about rebellion and empowerment, whilst remaining youthful and carefree.

The track pays homage to the Van Buren sisters and their iconic motorcycle road trip across the US in 1916. As the first women to cross the US by motorcycle alone, the Van Buren sisters’ trek was as much a political statement as an act of gender defiance. Acting as part of The Preparedness Movement, Gussie and Addie (22 and 24) used the trip to prove that women could ride just as well as their male counterparts, and subsequently were granted permission to serve as dispatch riders during World War 1.

A classically trained musician who also suffers from a rare neurological condition known as synesthesia, Lowell released her debut album, ‘We Loved Her Dearly’, earlier this year impressing fans and critics alike with her bold blend of pop.