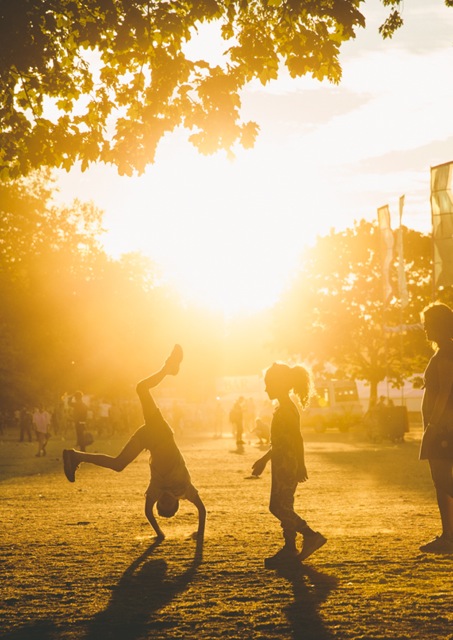 BATTLES AND BEARDYMAN JOIN SOUNDCRASH IN ASSOCIATION WITH LAST.FM

PLUS MANY MORE EXPERIENCES TO DISCOVER ONSITE…

There’s also a wealth of experiences and activities to delve in and discover onsite, from Sunday Feasting, talks and debates at the Sunday Papers Live to theatre and performance from Old Vic New Voices and Les Femmes Circus, a Sunday Sports Day and even a Roller Disco. Citadel is a one-dayer like no other that serves as the ultimate summer Sunday.

Now, Citadel is delighted to welcome experimental US rockers Battles to the Park to headline Soundcrash in association with DIY. The critically-acclaimed trio are fresh from the release of their third album ‘La Di Da Di’ and their energetic live shows are something to behold.

Also joining Soundcrash is renowned beat boxer Beardyman, a visionary performer whose signature use of live looping has cemented his status as one of the must-see live acts out there.

Elsewhere, the Jose Cuervo Tequila Town will be back in the Park, serving up Jose Cuervo Tequila Slushies and summery beats whilst revellers tuck into tasty tacos from modern Mexican diner, DF Mexico. Legendary London-based cosmic crew Disco Bloodbath will be providing the sunshine-drenched sounds, as will sample pioneer Andy Smith, The Mighty Zaf of Love Vinyl and Russ Jones AKA the Hackney Globetrotter.

There will also be delicious Smirnoff cocktails in the form of Passion fruit Collins and the ultimate Sunday tipple, the Bloody Mary.

Sharp’s Brewery will be continuing their summer road trip at Citadel, travelling all the way from North Cornwall to bring you a range of exceptional products including the UK’s no. 1 cask- beer, Doom Bar. They will also be bringing a selection of newer ales and a very special one off brew for Citadel, yet to be announced.

A highlight of the inaugural Citadel, Sunday Papers Live returns with another eminent roll call of poets, journalists and performers to bring the broadsheets to life, section by section. Nestle into a chair with a Bloody Mary as you explore World News presented by Frontline Club, UK News with Pen International, Business with Akala, Sport with Eddie ‘The Eagle’ Edwards, Culture with Sofar Sounds, Style with i-D and Travel with John Hudson.

There’s also even more to experience in the Park, with The Braid Bar and Paperself joining a previously announced selection of Fashion & Beauty boutiques. Kids will love getting stuck into the Treasure Hunt, and there’ll also be dancers roaming the festival performing pieces choreographed by Alex Codd. Furthermore, The Idler Academy, the literary learning offshoot of the esteemed Notting Hill bookstore, will be bringing a special bookshop onsite.

The perfect summer Sunday isn’t complete without a long, languid lunch. Citadel are proud to have Stephen Harris of The Sportsman (recently voted best gastropub in the UK) on board for a series of Sunday Feasts. Now, Stephen has unveiled this year’s menu, taking place during two sittings at 1pm and 4pm for £35 per head.

Stephen says: “I’m looking forward to cooking at Citadel this summer as I have very fond memories of Victoria Park. My first visit was back in 1978 for the Rock Against Racism march when the Clash headlined a now infamous gig. I also used to love going to the lido although someone told me it closed in 1990 so I am long overdue a visit!

I usually decline offers to cook at big events but this one seemed too good to miss. I hope to bring a taste of Kent and The Sportsman to the festival.”

The Feasts won’t be the only place to sample delicious food…a whole new wave of some of the city’s finest food institutions will be in attendance. From Anna Mae’s mouthwatering mac and cheese, to Voodoo Ray’s American-style pizza via Le Bun’s French-American cuisine and sumptuous steaks from Smokestak, some of the UK’s most exciting culinary names will be on hand to serve up their specialities.

The Comedy Tent, hosted by both Citadel and Underbelly, will be filled to the brim with the very best comedy talent from London’s thriving comedy scene.  To kick start the day the tent will play host to upcoming talent and new stand-up pieces, lovingly curated by Fred Ferenczi (Steve Bennet of Chortle recently had his money on this act for Silver Comedian 2016)

These latest offerings are just the tip of what to discover at Citadel 2016. The second edition of London’s brightest new festival really is the ultimate summer’s Sunday day out.

From live music provided by Communion, Soundcrash, Fabric Sunday Sessions and beyond, to dining and drinking courtesy of London’s finest food institutions, to workshops and classes provided by The Indytute, wellbeing and yoga, enriching talks and debates at the Sunday Papers Live, to mischievous games at Sunday Sports Day via Rock N’ Roller Skate and theatre, performances and comedy…there’s a wealth of creativity and community to explore in the Park. London’s foremost one dayer, Citadel is a reflection and celebration of a city that has so much to sing about.

Rat On The Roof

& many more from the Best of London’s Grass Roots

Bring Your Own Brass

W/ STEPHEN HARRIS FROM THE SPORTSMAN

THE FINEST NAMES IN FOOD

The broadsheets brought to life, section by section

‘Learn to Be a Superhero – Super Cape-Abilities’

In Partnership w/ The Indytute