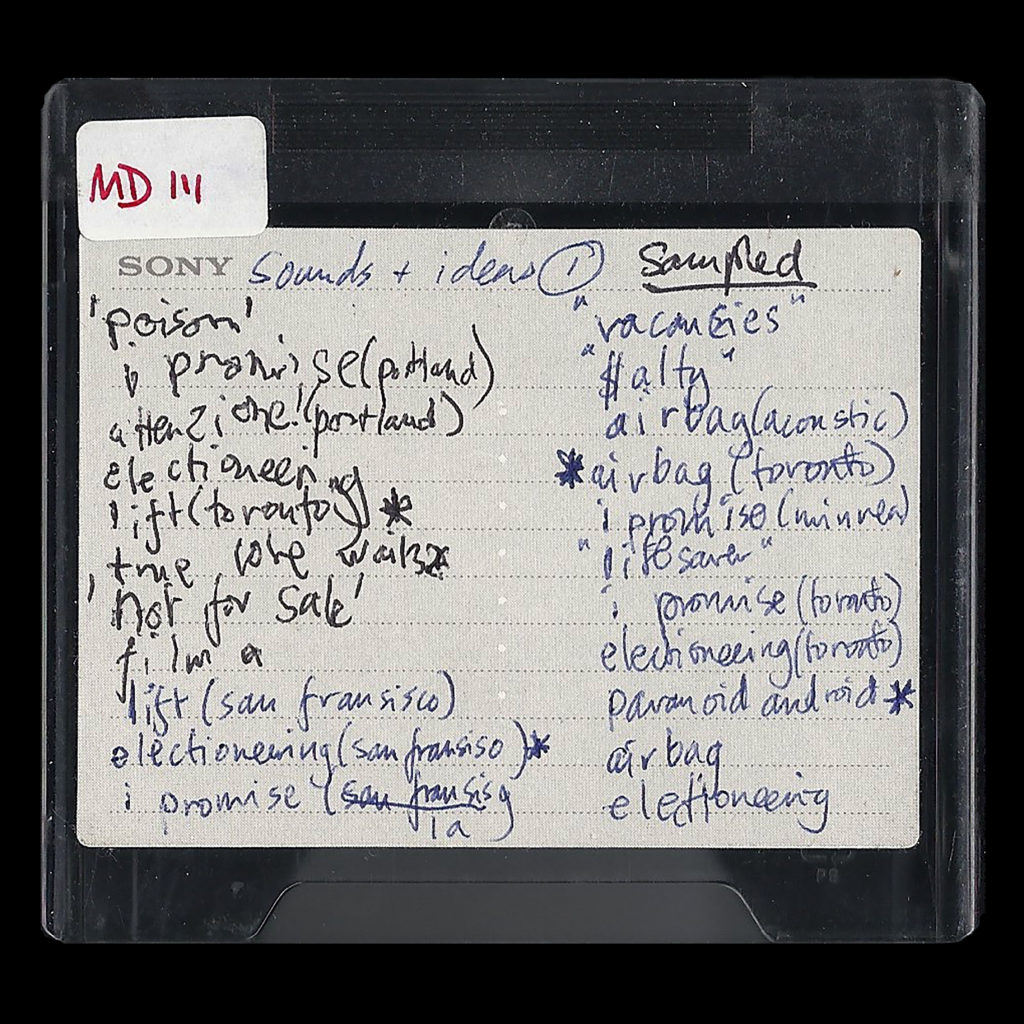 In response to last week’s leak of 18 minidisc files, Radiohead have decided to make the sessions available in their entirety on Bandcamp. The 18 minidiscs – MINIDISCS [HACKED] – will be available for £18.

“We got hacked last week – someone stole Thom’s minidisk archive from around the time of OK Computer, and reportedly demanded $150,000 on threat of releasing it.

So instead of complaining – much – or ignoring it, we’re releasing all 18 hours on Bandcamp in aid of Extinction Rebellion. Just for the next 18 days. So for £18 you can find out if we should have paid that ransom.
Never intended for public consumption (though some clips did reach the cassette in the OK Computer reissue) it’s only tangentially interesting. And very, very long. Not a phone download. Rainy out, isn’t it though?

All proceeds will go to Extinction Rebellion, a socio-political movement which uses nonviolent resistance to protest against climate breakdown, biodiversity loss, and the risk of human extinction and ecological collapse.