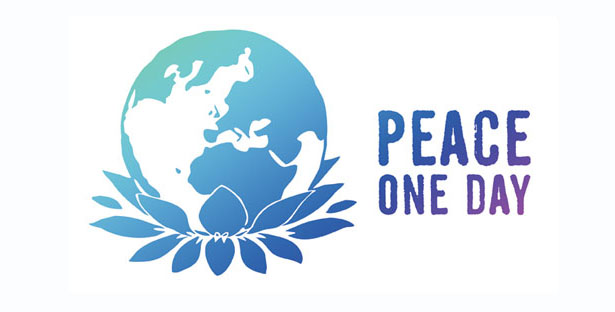 Online activism cited as a key driver of awareness, as research reveals over 500 million Twitter users were reached with the #PeaceDay hashtag.

Founder of Peace One Day Jeremy Gilley, says 2014’s campaign growth was “remarkable and will continue to change many lives.”

Peace One Day was founded in 1999 by filmmaker Jeremy Gilley to establish an annual day of global ceasefire and non-violence with a fixed date, Peace Day 21 September. Today, Peace One Day launches the “Peace One Day Report 2014”, supported by McKinsey & Company, revealing that over 1 billion people worldwide were exposed to Peace Day messages in 2014. Further research supported by global management consulting firm, McKinsey & Company revealed that an estimated 610 million people were made aware of Peace Day, 21 September. The report further estimates that approximately 10 million people behaved more peacefully that day, equivalent to the population of Portugal.

Peace One Day’s efforts brought about the unanimous adoption by UN Member States of the first ever annual day of global ceasefire and non-violence on 21 September – Peace Day. This year’s major growth in awareness was mainly achieved in Africa, particularly in the Great Lakes region. Peace One Day drove activity around Peace Day via a range of targeted activities across the globe, including engaging key political influencers, prayer groups, humanitarian action, documentary film-making and mass participation music events, such as the Peace One Day Celebration featuring RnB star, Akon, at Goma International Airport, DRC.

The research details the breakdown of numerous targeted sectors, including governments, UN bodies, NGOs, faith communities, educational institutions and corporations. For example, the report reveals that spiritual activities made close to 150 million people aware, via organised group meditation, prayers for peace and the support of religious leaders around the globe. Corporate support for Peace One Day increased significantly in 2014, increasing the awareness of Peace Day by over 100 million people. Major campaigns included AXE/LYNX’s ‘Make Love not War’ campaign which included visual stunts in London’s Trafalgar Square and Coca Cola’s support across the Great Lakes region of Africa.

Online activism has been cited as a key driver of awareness for 2014’s campaign, as the report reveals that more than 500 million individuals were exposed to the #PeaceDay hashtag, via Twitter. Altogether social media campaigns made over 50 million people aware of Peace Day.

Peace One Day was founded by actor and film-maker Jeremy Gilley, who said:

“Reaching people across the globe with the message of Peace Day is what Peace One Day’s work is all about; we know that if the message gets out and people celebrate the day, lives are changed. Seeing the growth of the day is remarkable and I would like to thank McKinsey & Company for bringing their insight and expertise to the process and the Howard G. Buffett Foundation for making this all possible.”

Standout activities across the globe included:

A procession of over 10,000 participants and 100 organisations took place in Tijuana, a city hit by drug and gang related violence.

Tens of thousands gathered in Goma for a Peace One Day concert headlined by RnB star Akon and local stars, and broadcast globally.

The UNHCR distributed 1,000 fuel efficient stoves to women in refugee camps in the DRC, reducing their vulnerability to gender based violence as they gather firewood.

Thousands of young people prayed together at inter-denominational religious events in the border area of the DRC, Burundi and Rwanda.

The Government of China hosted an international delegation at a 2-day peace conference in Xi’an promoting dialogue and peace in Asia.

Almost 1,000 Israelis and Palestinians from bereaved families met in Tel Aviv to engage in dialogue and promote reconciliation.

Schools across Russia, Belarus and Ukraine organised events ranging from concerts to competitions, reaching hundreds of thousands of children.

Moving forwards into 2015, Peace One Day will continue its global campaign to institutionalise Peace Day on 21 September as an annual day of global unity whilst simultaneously giving a focus to the Great Lakes region of Africa, with the kind support of the Howard G. Buffett Foundation. Peace One Day’s global awareness-raising efforts will continue to be reinforced by engaging key influencers. Film and music will also continue to play a central role in Peace One Day’s campaigning.
Peace One Day’s objective is to ensure Peace Day soon becomes a self-sustaining date in the global calendar, ensuring a day of intercultural cooperation on a scale that humanity has never known.