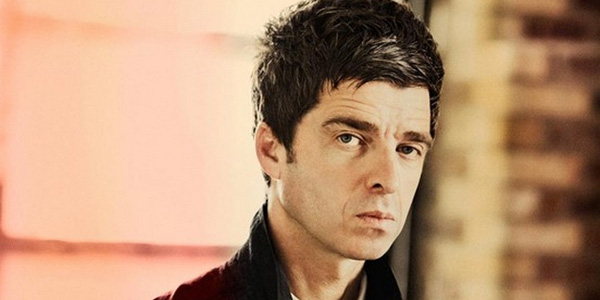 NOEL GALLAGHER ANNOUNCES LINE UP FOR

Plus an evening of comedy with

Tickets on sale 9.30AM Friday 7 December

Noel Gallagher has today announced a stellar line-up for the 2013 Teenage Cancer Trust concerts at the Royal Albert Hall, which will take place from 19 to 24 March 2013

Next year’s annual series of shows sees Ryan Adams, Kasabian, Primal Scream, Rizzle Kicks and Labrinth take to the stage to raise money for Teenage Cancer Trust along with a night of comedy featuring two of the UK’s biggest comedians Russell Brand and Noel Fielding. Noel Gallagher will headline a very special show on the Saturday evening featuring performances from Special Guests including Damon Albarn and Graham Coxon.

Noel Gallagher, a longstanding supporter of the charity, was asked to get involved in curating the shows by Teenage Cancer Trust patron and The Who front man, Roger Daltrey CBE.  Roger, currently on tour with The Who in America has been the driving force behind the concerts which have raised over £15million for Teenage Cancer Trust since they began in 2000.  This is the first time he has invited anyone else to handpick the incredible line-up.

The past 18 months have seen Noel Gallagher win the NME Godlike Genius Award, Q Icon Award and gain double platinum album.  Noel is no stranger to Teenage Cancer Trust’s annual event said: “Teenage Cancer Trust do a brilliant job, and I’ve always been more than pleased to lend my support over the years. It’s also now a charity that is very close to the hearts and minds of dozens of acts in the world of music. It’s an honour to have the task of putting together the bills for next year’s series of concerts at The Albert Hall.”

On asking Noel to curate Roger Daltrey said: “Who’s a lucky boy then! I AM! As I am in the middle of a 6 month tour of the US with The Who, I was very concerned that I would not find the time to curate next year’s Teenage Cancer Trust shows at the Royal Albert Hall. So it’s with great pride and relief that I’m able to thank Noel Gallagher, who has supported me from day one of these concerts, for standing in for me and arranging the artists for the shows next March, and he has pulled together a fantastic line up that promises to be another great success for the charity.”

The music and comedy shows are Teenage Cancer Trust’s flagship event.  The money raised makes a massive difference to the lives of thousands of young people with cancer across the UK by through life changing care and support.  As the only charity in the UK dedicated to supporting teenager and young adults with cancer, Teenage Cancer Trust relies on the support of the general public to fund a range of services that aim to improve their quality of life and chances of survival.

Teenage Cancer Trust is partnering with The Body Shop to present the 2013 concert series. Simon Coble, General Manager from The Body Shop said: “The Body Shop is incredibly proud to be supporting Teenage Cancer Trust at the Royal Albert Hall this year. The shows are a key event in the British music calendar and we’re looking forward to bringing our mantra of Beauty With Heart to life through this fantastic collaboration and exciting week of music and comedy.”

Rizzle Kicks who are headlining on Sunday 24th March along with Labrinth said; “We can’t wait to play the Royal Albert Hall for Teenage Cancer Trust. Teenage Cancer Trust is a charity that means a lot to us and we’re happy to be involved and show our support”

On hosting the series of concerts and comedy shows Chris Cotton Chief Executive at the Royal Albert Hall said: “The Royal Albert Hall is privileged and thrilled to host the Teenage Cancer Trust concerts for another year, providing an eclectic week of sell out live music and comedy in support of the vital work Teenage Cancer Trust does across the UK to raise funds, educate, and support teenagers fighting cancer. We once again congratulate Teenage Cancer Trust for what will be a truly outstanding week of entertainment and fundraising which has continued for the last 12 years, creating unique memories for us all. Our partnership with Teenage Cancer Trust also provides opportunities for young cancer patients to be inspired by some of their favourite artists through music and songwriting workshops. Come along and be a part of it.”

An evening of comedy with

Tickets, from £25.00 (plus booking fee), will be available from 9.30am on Friday 7 December 2012 and can be purchased from the following outlets:

Support acts will be announced soon, see www.teenagecancertrust.org for details.

This year’s shows are supported by The Body Shop, Ben Sherman, XFM and NME.  American Airlines will be providing transatlantic flights for the show’s artists.