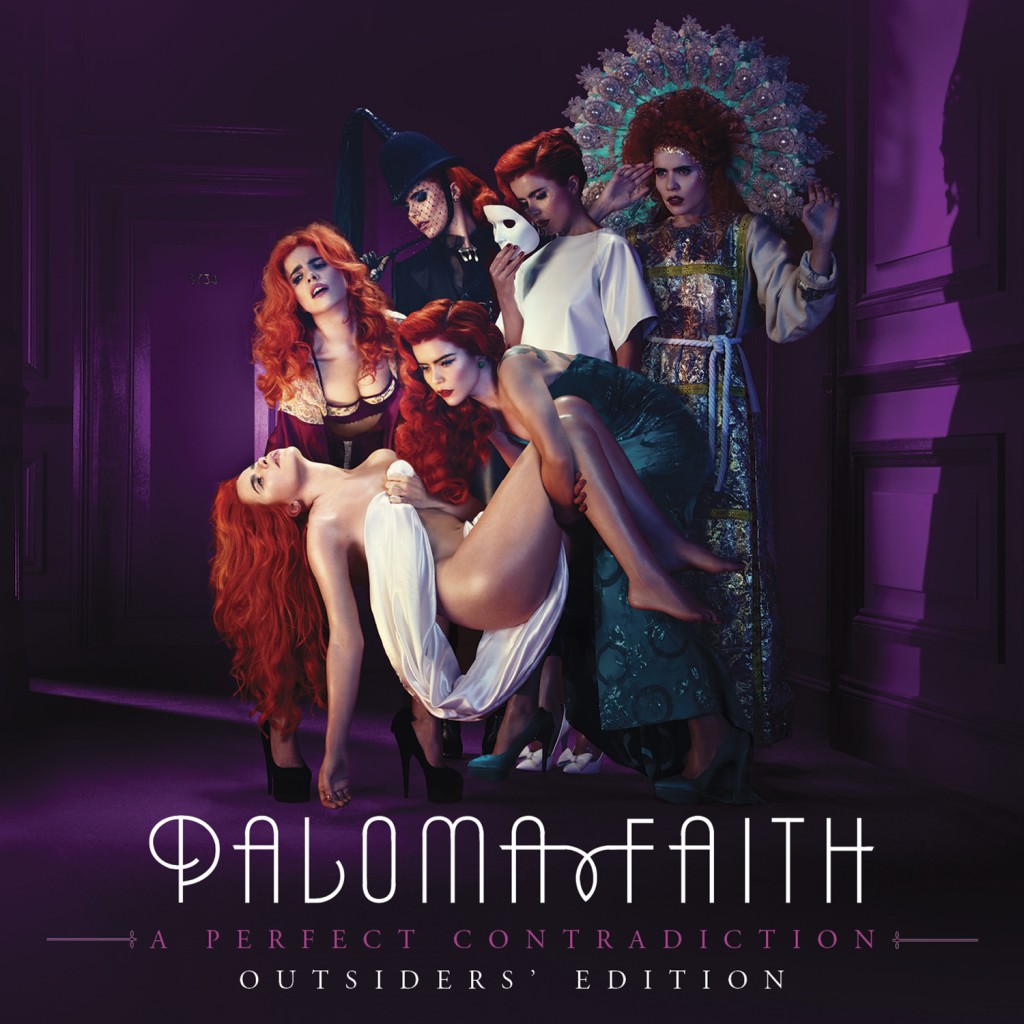 A SPECIAL EDITION OF HER PLATINUM SELLING ALBUM ‘A PERFECT CONTRADICTION’ WILL BE RELEASED ON NOVEMBER 3, INCLUDING THE BRAND NEW SINGLE ‘READY FOR THE GOOD LIFE’

The incredible  Paloma Faith  has announced a UK arena tour for March 2015. Her current UK tour dates (starting in November) are completely sold out.

Paloma’s current album ‘A Perfect Contradiction’ has been one of the huge success stories of the year, recently being certified platinum. A new edition of the album (the ‘outsiders’ edition) will be released on November 3, which features five new tracks, including the fantastic new single ‘Ready For The Good Life’, available from November 2. Paloma’s collaboration with Sigma ‘Changing’ is out now, and currently number one in the iTunes chart, and the Big Top 40.

‘Ready For The Good Life’, which Paloma co-wrote, is produced by Klas Åhlund (Teddybears, Robyn, Katy Perry, Kylie, Britney, Madonna). The other new tracks on the album are:

·      ‘Leave While I’m Not Looking’ – written by Diane Warren as a follow up to Paloma’s biggest selling single to date ‘Only Love Can Hurt Like This’.
·      ‘Best Bad Habit’ – written by Diane Warren and produced by new UK talent Komi (Naughty Boy, Sam Smith).
·      ‘Beauty Remains’ – co-written by Paloma, Bernard Butler and Fyfe Dangerfield.
·      ‘Changing’ – Paloma’s own interpretation of her collaboration with Sigma, ‘Changing’.

A deluxe 2CD version will also be available, including a recording of Paloma’s headline night at the Royal Albert Hall as part of the BBC Proms on September 5th, where she performed with the Guy Barker Orchestra and the Urban Voices Collective choir. Tickets go on sale on Friday 19th September at 9am.