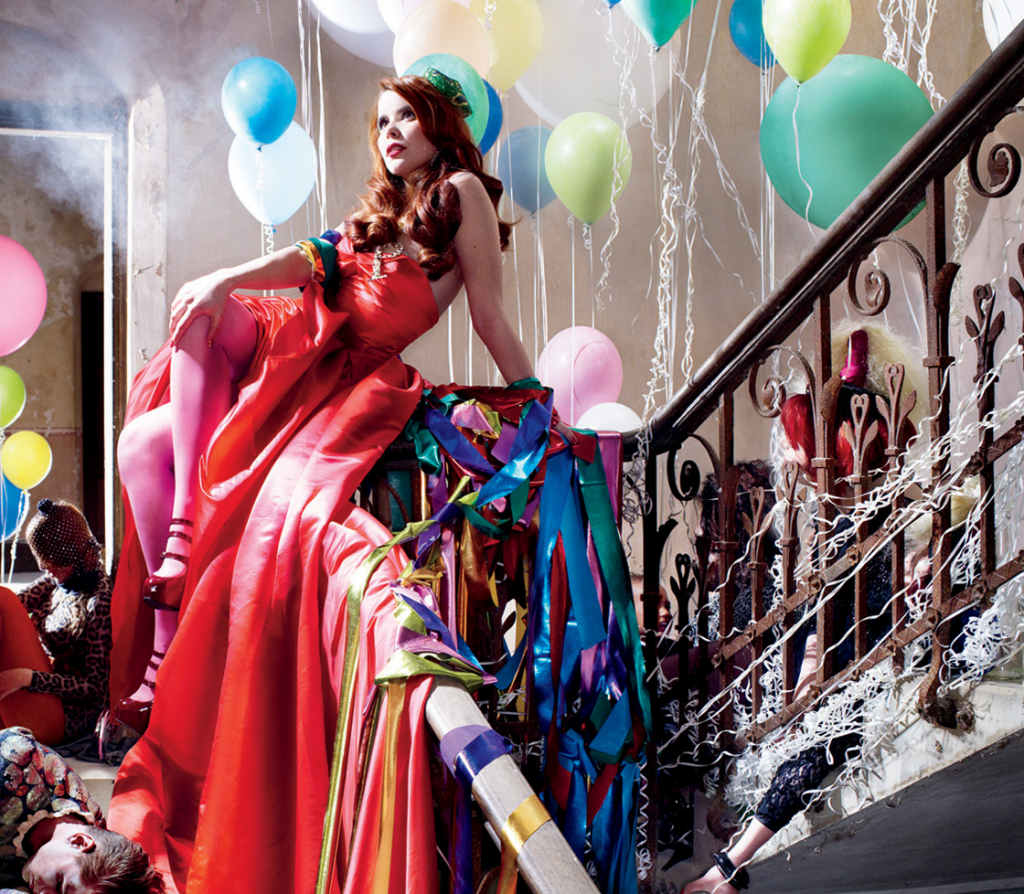 Paloma Faith, along with Album Artists, is curating an art exhibition comprising a selection of her album artwork and iconic imagery since her debut album was released in 2009. The exhibition will display stunning, limited edition and critically acclaimed images by photographers David Standish and Finlay Mackay, and live photography by Saul.

Paloma, whose striking and unmistakable image has quickly elevated her into a style icon, has been steering the creative direction of her promotional images from the start of her career. Couture, custom made clothing, dazzling hair and makeup, have all been captured in photo form to become some of the most dramatic and celebrated album art images available to own.

Paloma said “I am thrilled to be able to exhibit these artworks. The photographers involved are all amazing and I am so proud to have worked with them. I am extremely hands-on with my visuals, and collaborate very closely with photographers to achieve the final image. In an age where we are all downloading music, it’s wonderful to be able to appreciate fully the work that goes into creating the beautiful imagery surrounding an album”

For those unable to attend the exhibition, all artworks are available to view and purchase here: www.albumartists.co.uk

A private view hosted by Album Artists will take place at The Gallery on Redchurch Street on 27 November between 6 and 9pm, which Paloma Faith herself will attend. This viewing, held just down the road from where Paloma played her first ever shows, will feature an exclusive DJ set by Paloma and special guests. Photographers David Standish, Finlay Mackay, and Saul will also attend along with celebrity guests.

Album Artists helps musicians provide their fans with official original album art from their idols. Album Artists hooked up The Killers with Paul Normansell for their Day and Age cover which was voted Rolling Stone’s Best Album Art of the Year and nominated for the same by NME. They also staged the Mylo Xyloto exhibition for Coldplay which resulted in £650,000 of their album art being sold to benefit the children’s charity Kids Company.

Finlay Mackay began working as a professional photographer in 2003. He is a regular contributor to The New York Times, TIME, Wired and GQ. As well as Paloma, Finlay has photographed some of today’s top athletes, entertainers and celebrities including Jedd Bridges, Usain Bolt, Steve Buscemi, Julianne Moore, Courtney Love and Ben Stiller. He has worked with brands as diverse as Absolut, Puma, Bacardi, Nike and Coca Cola.

David Standish is a photographer living in London and working around the world. He was born and raised in rural Australia, surrounded by a contradicting landscape of natural beauty and danger which is often at the core of his work today. Under the influence of dreams, beauty, mystery, magic, chance, co-incidence and change, his work is painted with a fascination of looking below the surface of life and exploring and defining the illusion in his own way; composing a graphic collision of idealism and realism. After relocating to London in 2006 to follow his dreams in photography, David began to hone his craft and technique, experimenting with light, colour and geometry to create the striking and visceral imagery that he is known for today. His professional debut was marked with a cover for Harper’s Bazaar and has since contributed to a range of publications which include Elle, Marie Claire, Dansk and S Magazine, while working commercially for companies such as Max Factor, Sony and American Express.
Saul – Having worked as a professional session musician with experience of playing some of the UKs largest venues & main festival stages it was something of a natural transition when Saul began shooting music and portrait photography. With a strong emphasis on capturing the drama and action within each moment, combined with a disciplined edit ethic, he delivers outstanding images that will captivate your audience and fans. Saul recently Directed the Video for Paloma Faith’s Hit Single ‘Never Tear Us Apart’ which has over 1.3 million views on YouTube.
The Gallery in Redchurch Street
50 Redchurch Street,
London
E2 7DP