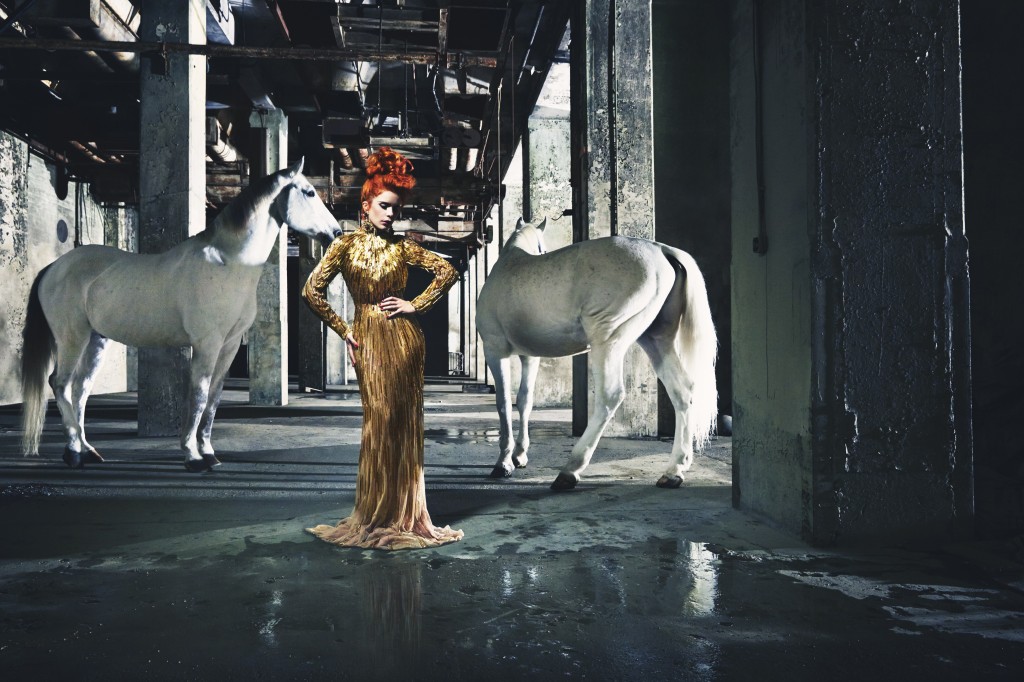 IT FOLLOWS THE SINGLE ‘CAN’T RELY ON YOU’, WHICH IS RELEASED ON FEBRUARY 23.

Most of the collaborators actively courted Paloma, with Pharrell approaching her at the Met Ball, and Diane Warren repeatedly calling to ask Paloma to listen to a song she had written with her in mind.

‘A Perfect Contradiction’ marks a change in sound for Paloma. She said: “Its tone is the very opposite of what the last album was. There are a couple of melancholy moments, sure, but it’s much more a ‘if it’s all gone to shit, fuck it, let’s have a dance’ kind of record.”

Paloma wrote a lot of the album whilst living in New York last year, and completed the recording process between there, Miami, LA and London. As well as the older sounds she has always adored, Paloma channelled Eryka Badu and Jill Scott, The Fugees and N.E.R.D. One of the benchmarks for the album was Candi Staton’s classic ‘Young Hearts Run Free’: a song in which the lyrics speak of sadness, but the delivery leaves you feeling absolutely empowered: “I’ve been reflecting on things that have been tough, but I’m almost celebrating that. If you haven’t been to the bottom, you wouldn’t be able to recognise how it feels to feel really amazing, after all”. The tracklisting for ‘A Perfect Contradiction’ is as follows:

3.     Take Me (Collaboration with John Legend and Mr Hudson)

4.     Only Love Can Hurt Like This (Written by Dianne Warren)

6.     Taste My Own Tears (Written with Stuart Matthewman)

10.  Love Only Leaves You Lonely (Produced by Raphael Saadiq & Dylan)

11.  It’s The Not Knowing (Written with Stuart Matthewman)